Walt Disney World has released new concept artwork for the "Celebrate the Magic" show, which will debut at the Magic Kingdom in November 2012.

The new show will see a variety of projection effects being used to illuminate Cinderella Castle, the iconic structure that sits at the heart of the world's most popular theme park. It will replace the former "The Magic, The Memories and You" show, which involved photographs of guests at the park being projected onto the castle.

"Celebrate the Magic" will be more of a story-driven affair, with Disney promising that it will focus on "our emotional connection to some of Disney’s most magical film moments and memorable characters". The images below hint at this, and include projections of Donald Duck and Tinkerbell. 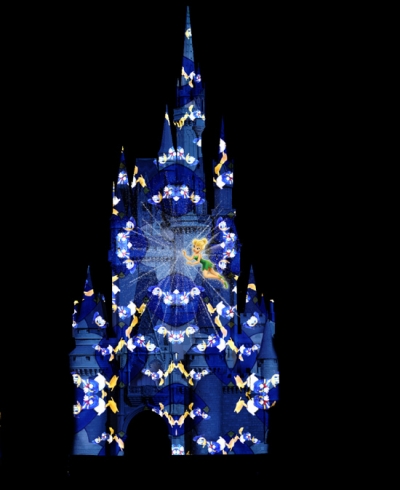 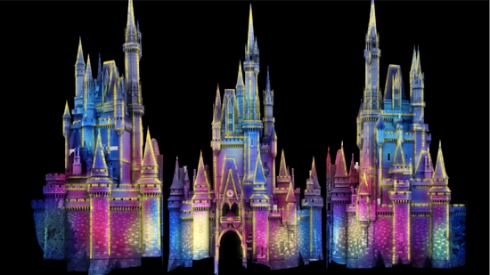 The Magic Kingdom's version of "The Magic, The Memories and You" was performed for the final time on September 3. Disneyland's version of the show ended its run on the same date, with no replacement having announced.