Walt Disney World has released another set of concept art for the Magic Kingdom's expanded New Fantasyland, as it gears up for the area's official opening in December 2012.

The new images offer an impression of how key areas of the updated land will appear when it opens officially on December 6. However, they do not offer a completely realistic view of New Fantasyland, as they add in elements such as rolling hills in the background that will not be present in the real-life theme park.

The first image, embedded below, offers an aerial viewpoint of the New Fantasyland area, viewed from the turret of the Magic Kingdom's iconic Cinderella Castle. It includes the Storybook Circus area, which has already opened to the public and can be seen on the right. The left side of the image is occupied by the Beauty and the Beast-inspired Belle's Village area, which will open in December. 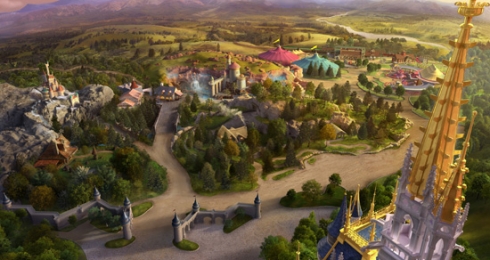 The second image offers a close-up view of Belle's Village, from outside Maurice's Cottage. This will house the Enchanted Tales with Belle attraction, in which the heroine of Beauty and the Beast will recount the story of the movie. 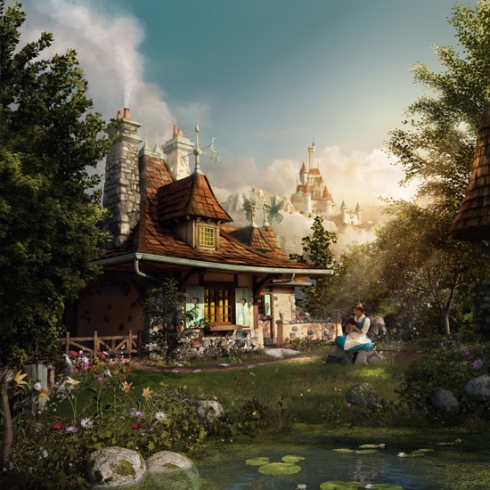 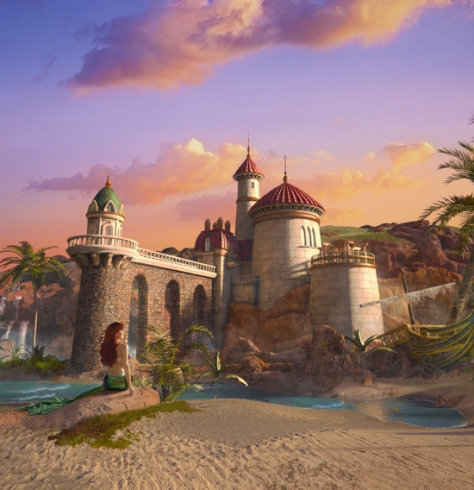 Previews of the New Fantasyland attractions will begin on November 19, aimed at Cast Members, Disney Vacation Club members and Annual Passholders. Although Disney is billing the December 6 date as the grand opening of the expanded "New Fantasyland", it won't be fully completed until the debut of the Seven Dwarfs Mine Train roller coaster in 2014.