Busch Gardens Tampa has revealed that the mysterious character that will act as the icon for its Howl-O-Scream 2012 Halloween events will be named "Trickster".

In a post to the official Howl-O-Scream Facebook page, the park revealed that the monster will feature heavily throughout the events. An image of Trickster has also been released, showing off the character's disturbing face: 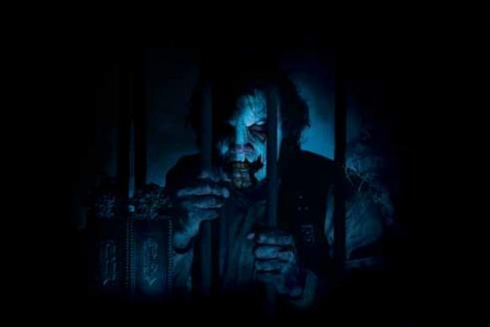 Busch Gardens Tampa had previously revealed that the "Golden Key" will also form part of the Howl-O-Scream 2012 backstory, and has now released a rhyme to accompany it:

“They can’t resist The Golden Key. That taunts and calls and beckons thee. I hang it there so they will use it… To come in and play with me.”

Over the past few weeks, Busch Gardens Tampa has posted a number of details of this year's Howl-O-Scream events to the Facebook page. Four haunted houses that have been seen at previous events are set to return, with two brand new attractions also due to form part of the line-up.

The Howl-O-Scream 2012 events will take place at Busch Gardens Tampa on select nights from September 21 through October 27.