Disney has released new concept art for the Fantasy Faire area, which is due to open in place of the former Carnation Plaza Gardens at Disneyland in spring 2013.

The latest artwork, posted to the Disney Parks Blog, depicts the Royal Hall, which will host meet-and-greets with Disney princesses. It will go on display in the park's Main Street Opera House on August 10, enabling guests to view it in person. 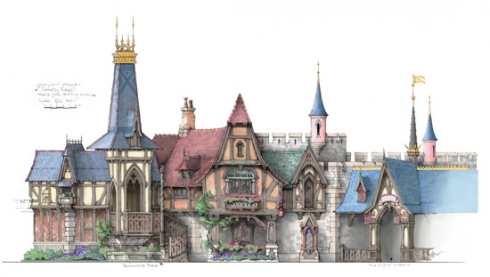 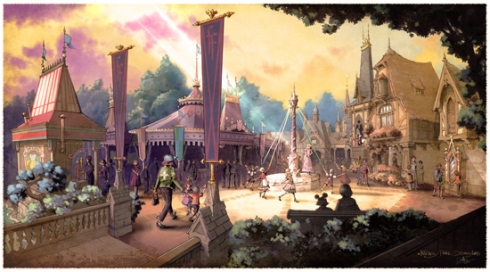 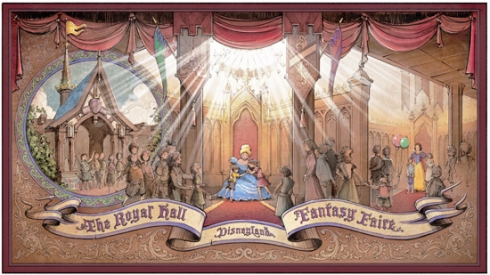 Fantasy Faire will form part of an expanded Fantasyland at Disneyland. Themed around a village square, the area will feature a stage that will be used to tell the story of Disney's heroes and heroines, and will host music and dance shows in the evening.

Guests will be able to meet a number of famous princesses from Disney movies in the new area. This will include Snow White, Cinderella, Aurora, Mulan, Belle, Pocohontas, Jasmine, Tiana and Ariel. Three of the princesses will be present in the area at any given time.