Six Flags Great Adventure has opened its second major new attraction for the 2012 season, with the King Cobra water slide now open to guests at its Hurricane Harbor water park.

The slide is the first of its type in the US, and is designed to resemble an enormous cobra. It sees guests board inner tubes, which race down a circular path featuring twists, turns and open and closed sections. The finale is a 25-foot plunge at a 50-degree angle into the mouth of the cobra.

King Cobra has had something of a troubled gestation period. Six Flags Great Adventure had originally announced that a "drop box" slide named Dive Bomber would open at Hurricane Harbor this summer, but that plan was subsequently shelved. This forced the opening date of the new slide to be pushed back into July.

Issues with the design of the slide have also forced Six Flags Great Adventure to change the ride experience on King Cobra. Screamscape reports that the ride now uses single rather than double inner tubes due to a 200-pound weight limit, scotching the original plan for adults to be able to race down it together. 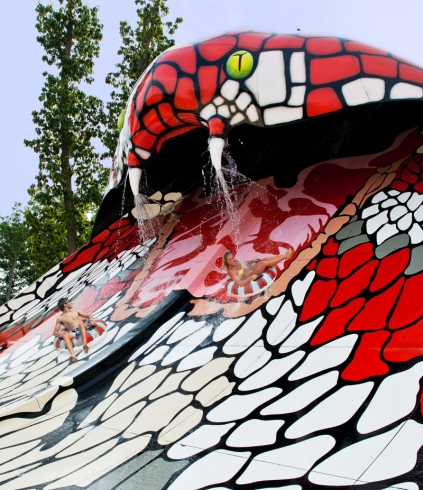 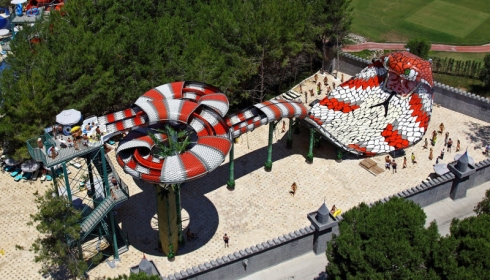 King Cobra is the first water slide in the US to have been manufactured by Polin, a leading supplier of aquatic attractions to parks in other regions. Describing the new addition, Six Flags Great Adventure Park President John Fitzgerald said: "We are confident that King Cobra's intense ride experience and unparalleled design will make it our most popular and entertaining water attraction."

Six Flags Great Adventure's other major new ride for the 2012 season is the SkyScreamer spinning tower ride. The park has installed the Air Jumbo and Déjà Vu flat rides in the new Adventure Alley area, with the Fender Benders bumper cars due to open later this summer.