SeaWorld Orlando has released new concept artwork for its upcoming Antarctica - Empire of the Penguin attraction, as well as a short preview video.

The innovative dark ride is due to open at the park in 2013, alongside an all-new penguin exhibit. It is being billed by SeaWorld Orlando as "the world's coldest theme park ride", and will use a trackless ride system similar to that employed by Pooh's Hunny Hunt at Tokyo Disneyland. This will enable some elements to change each time a guest rides it, with SeaWorld Orlando promising that the Antarctica ride will offer a different experience every time.

The latest concept art appears to show guests disembarking their ride vehicles for a closer look at the penguins. This would suggest that the end of the experience will be similar to the existing Wild Arctic simulator attraction, which "transports" guests to a walkthrough Arctic exhibit. The new exhibit will house gentoo, rockhopper, adelie and king penguins. 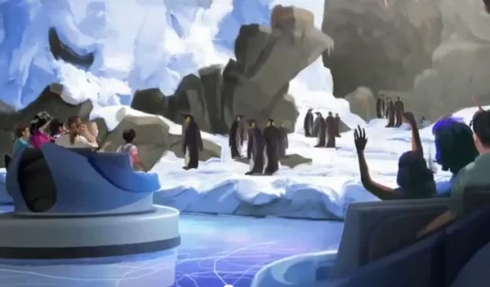 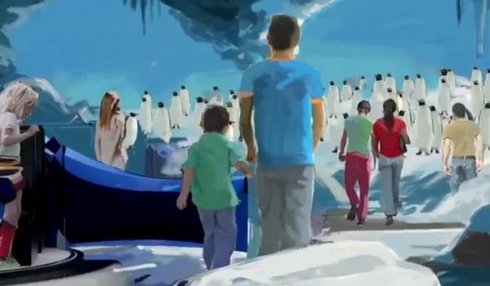 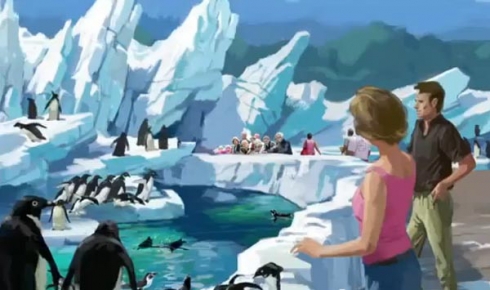 Antarctica - Empire of the Penguin's plot will revolve around a gentoo penguin, who will lead guests on an adventure through icy waters from a penguin's viewpoint. Guests will be able to select one of several "thrill levels", with the 8-person vehicles behaving appropriately.