Walt Disney World has released another set of images of the interior of the Be Our Guest restaurant, which will open at the Magic Kingdom in late 2012.

The most recent images, embedded below, show the mosaics that will line the wall and floor of the new dining location. These depict scenes from Beauty and the Beast, with the restaurant being housed inside a large-scale recreation of the Beast's castle as seen in the animated Disney classic. 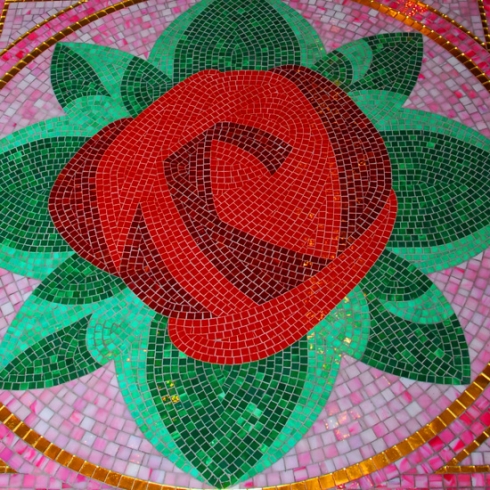 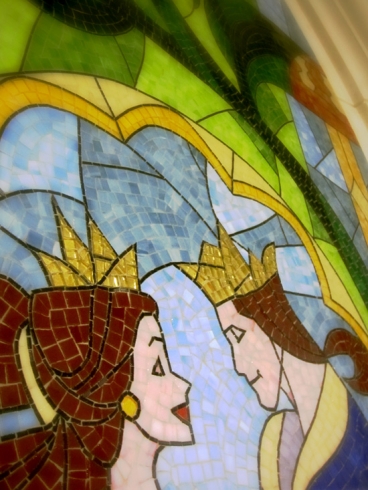 The final image shows off some of the detail present in Be Our Guest's theming, with cracks in a column close to the doorway having seemingly been caused by the Beast's rage. 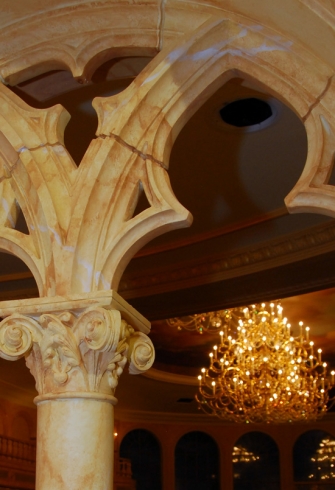 Disney recently revealed the contents of Be Our Guest's menu, with the restaurant offering quick service dining during the day, before switching to a full table service in the evening. Diners will be spread across the castle's ballroom, gallery and "west wing", all of which are designed to resemble locations seen in the movie.

Be Our Guest will form part of a new area dedicated to Beauty and the Beast, dubbed Belle's Village. This is being added as part of a major overhaul of the Magic Kingdom's Fantasyland, which is due to be completed by 2014.