The new addition to the park was orginally due to open on June 23, but the park has now contacted Theme Park Tourist to advise us of the new date. The last-minute delay means that coaster fans will have to wait a little longer to experience the Premier Rides creation.

Superman: Ultimate Flight will feature a custom design that will see guests launched to a top speed of 62 miles per hour before racing through a 150-feet-tall inversion. It will be decked in out Superman's traditional colors of blue, red and yellow and is expected to visible from several miles away. 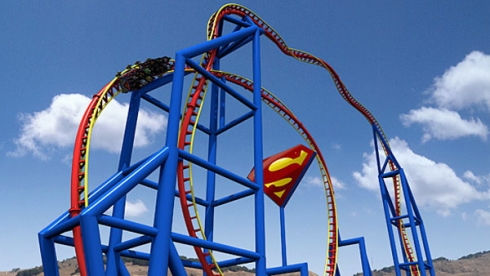 The new ride has replaced the Pandemonium roller coaster at Six Flags Discovery Kingdom, which was formerly known as Tony Hawk's Big Spin. Construction of its track was completed early in June 2012, with testing of the ride having been ongoing since.