Disney has released new images showing the new interactive queue area that is being installed alongside the Magic Kingdom's Dumbo the Flying Elephant ride.

Hosted inside a giant "big top" tent, the area will be the first of its kind at a Disney theme park. Rather than joining a traditional queue line, guests will receive a circus ticket-themed pager, which will notify them when it is their turn to ride the Dumbo attraction. While they wait, they will be able to take part in interactive games and other activities.

Photos of the interior of the tent show that it is nearing completion ahead of its planning debut in July 2012: 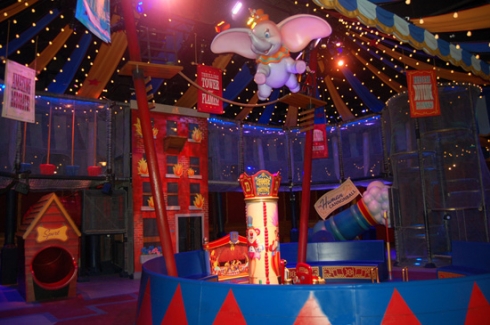 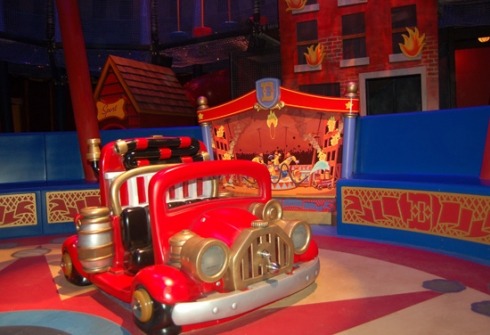 The new queue area is designed to fend off criticism that guests have to wait too long to ride Dumbo the Flying Elephant, which is very popular with young children but suffers from a low capacity. As well as introducing the pager system, Disney has also doubled-up the ride itself, adding an additional, identical clone alongside the original.

The updated Dumbo the Flying Elephant is the headline attraction in the new Storybook Circus sub-land, which will form part of the expanded Fantasyland at the Magic Kingdom. Alongside the Dumbo attractions, Storybook Circus also features an updated version of the existing Barnstormer roller coaster, renamed as Barnstormer - Hosted by the Great Goofini.