Walt Disney World has released the first image of the interior of Belle's library, a new meet-and-greet area that be hosted in the Magic Kingdom's expanded Fantasyland.

Guests will be able to meet Belle, the heroine of Beauty and the Beast, in the library when it is completed. It will form a major part of the Enchanted Tales with Belle attraction, with guests also coming face-to-face with Lumiere, the talking candlestick featured in the movie.

Due to open in late 2012, the Belle meet-and-greet experience will see guests enter via Maurice's workshop. They will then be led into the library via a "magic mirror", where Belle and Lumiere will re-tell the story of the movie. 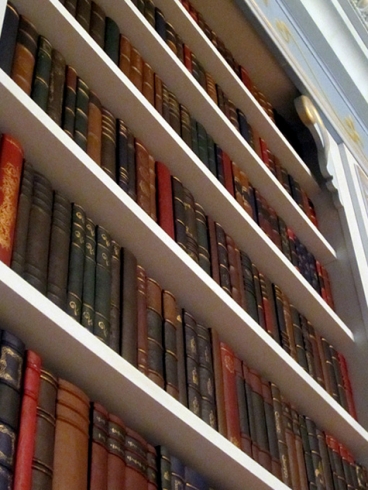 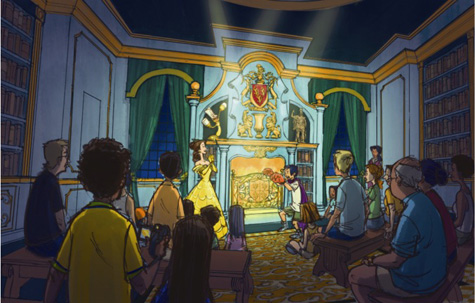 Located close to the library will be recreations of several other landmarks from Beauty and the Beast. This includes a large-scale version of the Beast's castle, which will host the Be Our Guest restaurant.

Disney recently revealed that the Fantasyland expansion won't be finished until 2014, having previously targeted a 2013 completion date. The final element is expcected to be the Snow White-themed Seven Dwarfs Mine Train roller coaster.