Busch Gardens Williamsburg has confirmed that its highly-anticipated Verbolten roller coaster will officially open to the public on May 18, 2012.

The park broke the news via its official Twitter account, ending months of speculation by fans. Located in the Oktoberfest area of Busch Gardens Williamsburg, Verbolten will feature two launch sections, indoor and outdoor scenes and a secretive set-piece that will take place inside a large show building.

The coaster will be themed around Germany's autobahn (highway system), and will see guests racing off into the mysterious "Black Forest". It will feature 5 car-themed trains, each of which will have a different design and color scheme. Full details of the coaster (including detailed spoilers of the plot and set-piece) were recently revealed by the park in a series of videos. 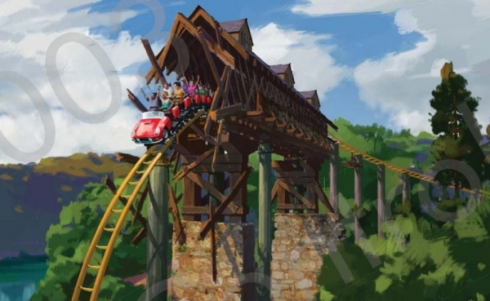 Verbolten will replace the former Big Bad Wolf roller coaster, which previously dominated the Oktoberfest land. The ride closed in 2010 to enable work on its replacement to begin.