SeaWorld San Antonio has released two images showing off Stringray Falls, which will be one of the headline attractions at the Aquatica Texas water park.

The new park, which will feature a separate admission charge, is due to open to the public on May 19, 2012. Stringray Falls will be among its largest water slides, and will combine elements of a traditional water park attraction with SeaWorld's signature marine life exhibits.

As on the existing Dolphin Plunge attraction at sister park SeaWorld Orlando's version of Aquatica, guests on the slide will have the chance to see marine creatures up-close during the ride. On reaching the bottom of the slide, they will pass through an underwater grotto, which will feature windows onto a pool that holds stingrays and tropical fish. Whereas Dolphin Plunge sees guests race past its dolphin pool at high speed, the underwater section on Stringray Falls will be some 30-feet-long and traversed at a leisurely pace. 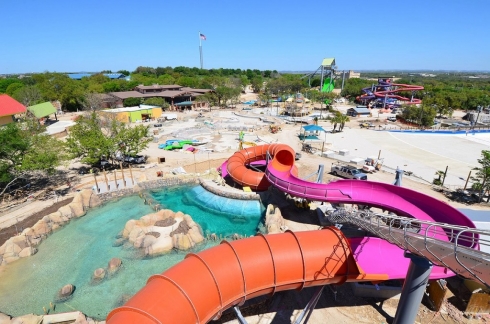 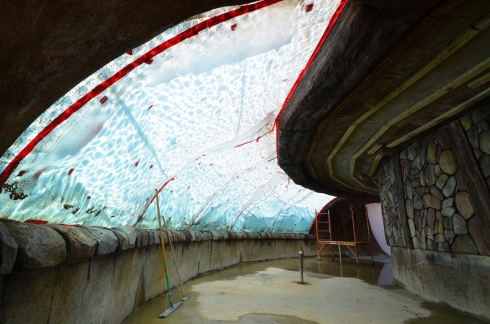 You can find more details of the attractions that will be housed at the new park in Theme Park Tourist's coverage of the original Aquatica Texas announcement.