Universal Orlando has released an image showing the new-look 3D glasses that will be worn by riders on the updated Amazing Adventures of Spiderman ride.

The popular dark ride, located at the Islands of Adventure theme park, is currently closed to undergo a major refurbishment. It is expected to reopen by the end of March 2012, when it will feature a new Infitec 3-D projection system that generates high-resolution 4K images. Physical enhancements will also be made to the attraction's sets.

To take advantage of the new projection technology, the new glasses are made of dichroic filters. Universal promises that these will offer "amazing color and clarity". They can be seen in the image below: 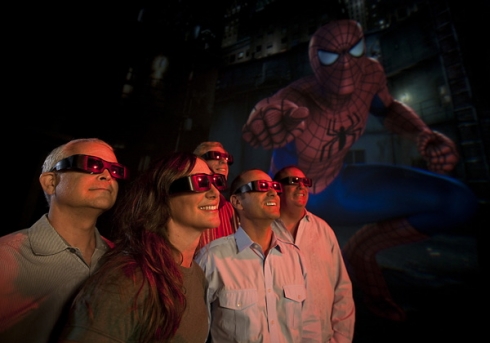