Six Flags Great Adventure has revealed that it will open a major new slide, King Cobra, at its Hurricane Harbor water park in summer 2012.

The racing tube slide will be designed to resemble an enormous cobra, and will be the first of its type in the US. It will see riders boarding inner tubes, which will "race" in pairs down a circular path featuring twists, turns and open and closed sections.

Guests on King Cobra will hit top speeds of up to 32 miles per hour, with the finale being a 25-foot plunge at a 50-degree angle into the mouth of the cobra. The new addition has been manufactured by Polin, one of the world's leading creators of aquatic attractions.

Describing Hurricane Harbor's latest slide, Six Flags Great Adventure's Park President John Fitzgerald said: "We are thrilled to work with Polin on this landmark project, and are confident that King Cobra’s intense ride experience and unparalleled design will make it our most popular and entertaining attraction." 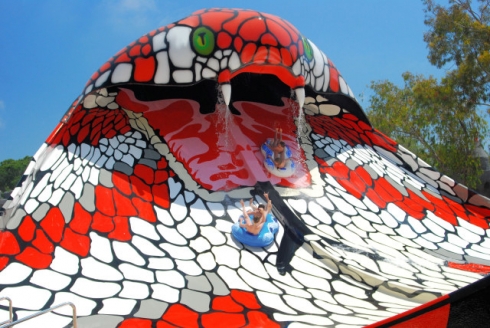 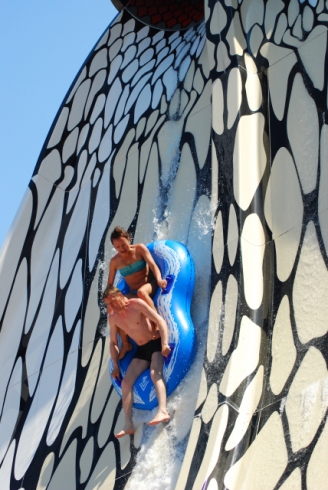 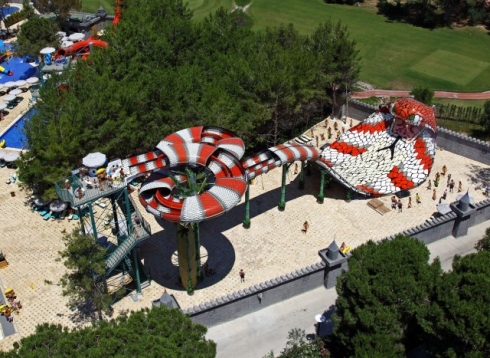 Six Flags Great Adventure had originally announced that a "drop box" slide named Dive Bomber would open at Hurricane Harbor this summer, but that plan has now been shelved. It is not known whether plans to add Dive Bomber have been dropped altogether, or if it will open at a later date or at another of Six Flags' water parks.

At the neighboring Six Flags Great Adventure theme park, the major new addition for 2012 will be the SkyScreamer spinning tower ride. A vertigo-inducing variation on the classic "Chair-O-Plane" attraction, the ride will stand at some 240-feet-tall, with guests swinging around a central column.