Six Flags Great America has released a number of images showing off progress on the construction of X-Flight, the new roller coaster that will debut at the park in spring 2012.

The ride's lift hill has already been "topped off", with work underway to install the remainder of its 3,000-feet-long circuit. X-Flight will become the second Bolliger & Mabillard Wing Rider coaster to open in the US (after Dollywood's Wild Eagle), and is expected to open to the public on May 16, 2012.

X-Flight's trains will see riders suspended on either side of the track in a "winged" formation. The ride's circuit will feature 5 inversions and a number of twists and drops, with riders hitting a top speed of 55 miles per hour. It will be located in the Country Fair area of Six Flags Great America, on the site of the former Iron Wolf coaster.

Among X-Flight's inversions will be a barrel roll and a zero-g roll, while a unique element will see the ride's trains pass through a narrow vertical gap in a mock control tower. Fog effects and water jets will also be employed to add to the ride experience.

Approximately a third of X-Flight's track is now in place, as can be seen in the images below: 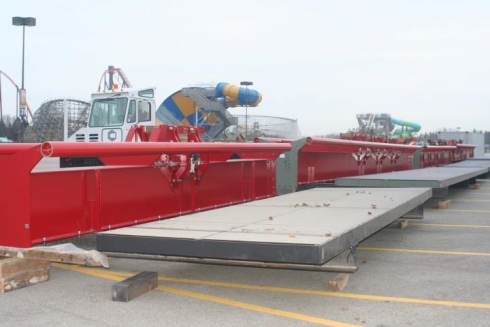 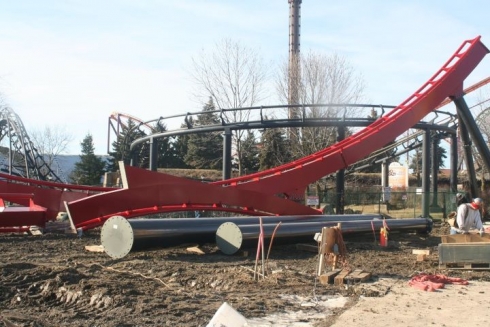 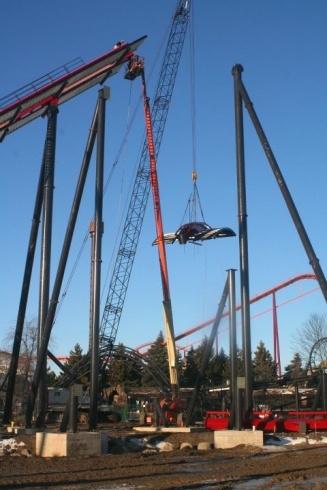 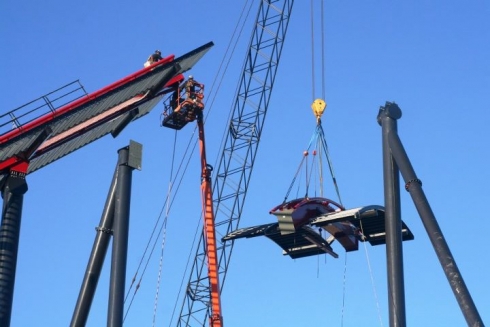 The first B&M Wing Rider rollercoaster, Raptor, received a positive review from Theme Park Tourist following its debut at Italy's Gardaland in 2011. Another, The Swarm, will open at Thorpe Park next year.