Paultons Park has confirmed that its new ride for 2012, Magma, will be a drop tower themed around an erupting volcano.

The ride, which is set to open in April, will see guests "rise up and spin out" 82 feet into the air from the heart of the "volcano". They will then free fall back into the mountain structure, with Magma set to be a heavily-themed addition to the Paultons Park line-up.

Magma will be located close to the EDGE Disk 'O ride and the Cobra roller coaster, with Paultons Park having previously claimed that "unusual rumbling noises and rising ground temperatures" have been felt on grass close to the two thrill rides. The teaser video below, along with an image released over the weekend, suggest that dinosaurs will also feature in its backstory.

Concept artwork for Magma clearly shows the central drop tower structure, which will emerge from a volcano-themed ride building: 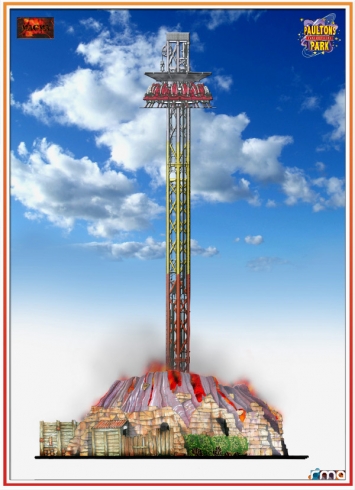 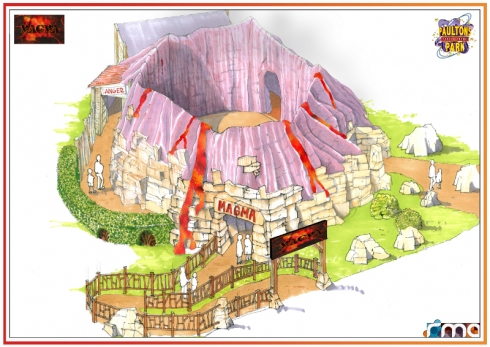 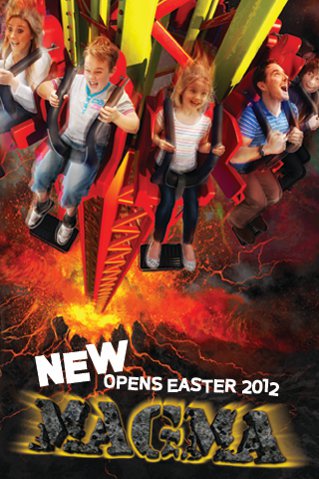 Paultons Park saw a major boost in attendance in 2011 due to the opening of Peppa Pig World. It is unlikely to open a new attraction in 2012 aimed at the same young age group, with a thrill ride aimed at older visitors more likely to be on the cards.