The first photo-realistic image of the ride vehicles that will be used on the $200 million Radiator Springs Racers ride at Disney California Adventure has been released.

The Disney Parks Blog posted the image, which is embedded below. It is sourced from a photo-realistic compose of Radiator Springs Racers that will be used in advertising over the coming months, and was produced by Disney's Yellow Shoes Creative Group. 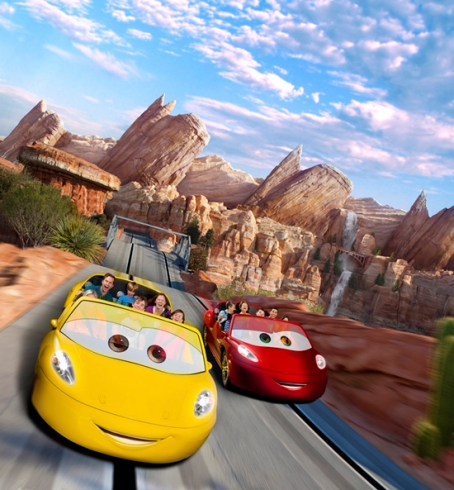 Radiator Springs Racers will be the headline attraction in the new Cars Land area of Disney California Adventure, which is due to open in spring 2012. The attraction will take guests on a journey through the fictional Radiator Springs town from Pixar's Cars movies, using the same ride system as Test Track at Walt Disney World's Epcot.

You can find full details of the Pixar-inspired expansion to Disney California Adventure in our in-depth Cars Land preview, and further details of its biggest attraction in our Radiator Springs Racers preview.