Paultons Park has released a new teaser image for its new ride for 2012, Magma, which is set to feature a dinosaur theme.

The latest image, posted to the Paultons Park blog and embedded below, shows an "unusually large egg" that is claimed to have been found close to the construction site for the new attraction. It is consistent with previous teaser images, which have shown a volcano and a dinosaur respectively. 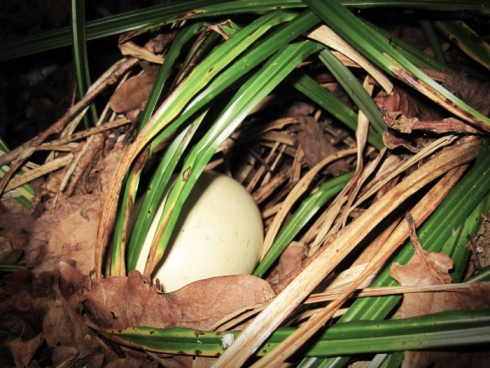 Magma will be located close to the EDGE Disk 'O ride and the Cobra roller coaster, with Paultons Park claiming that "unusual rumbling noises and rising ground temperatures" have been felt on grass close to the two thrill rides. Early rumors have pointed towards a small drop tower ride being installed on the site, but these are currently unsubstantiated.

Paultons Park saw a major boost in attendance in 2011 due to the opening of Peppa Pig World. It is unlikely to open a new attraction in 2012 aimed at the same young age group, with a thrill ride aimed at older visitors more likely to be on the cards.