While the area will be aimed at younger guests, the whole family will be able to splash around in the tropically-themed zone. It will feature 15 water slides and more than 100 soakers, waterfalls, jets and water cannons, all based around an enormous castle structure that will stand at some 60 feet tall. 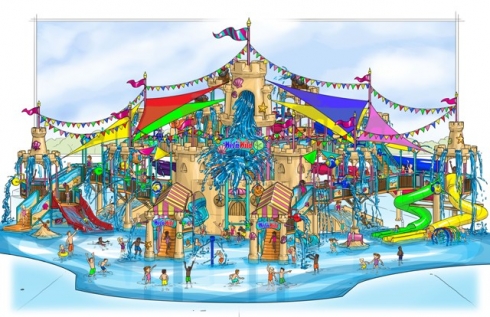 The new play area will replace the existing Kids Park attraction, and will feature only one exit in order to make it easier for parents keep an eye on their children. More than 85,000 gallons of water will be used to fill two pools, with a seating area being provided for adults.

Details of the new addition were revealed in an announcement by the Universal Orlando Resort on January 25. While it is not located on the site of the rest of the resort, Wet 'n Wild is owned by the NBC Universal chain.