In its latest marketing stunt, Thorpe Park has released a story claiming that test dummies on its new roller coaster, The Swarm, have lost limbs while traversing the ride's circuit.

The park claims that the dummies' extremities were torn off after colliding with several of the "near-miss" scenery elements that surround the coaster's track. In reality, human riders' limbs will not be able to come into contact with the scenery - but the photos that accompanied the story do demonstrate that interaction with the theming elements will be a major part of the ride experience on The Swarm when it opens on March 15, 2012. 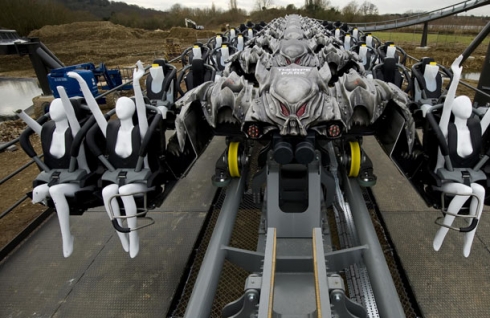 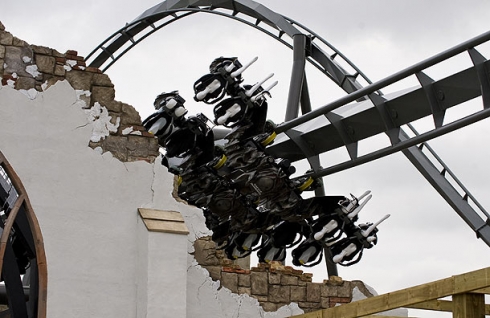 The Swarm will be the first Bolliger & Mabillard Wing Rider coaster to open in the UK, with riders being seated on "wings" on either side of its train. This allows the creation of the "near-miss" effects, with guests set to swoop close to an abandoned church and a crashed aeroplane during the ride's course. The trains themselves will be themed to resemble a "swarm" of aliens that have brought destruction to the Earth.

Thorpe Park claims that it is remodelling the church, which will double as The Swarm's station, to increase clearance. However, it is very unlikely that experienced roller coaster designers would have failed to allow enough room for the ride to pass safely.