SeaWorld San Diego has released new images showing off the trains for Manta, the new launched roller coaster that will open at the park in 2012.

One of ride's cars will be situated at the front of the park for next few months, ahead of Manta's planned opening date on May 26. With over half of the coaster's track now in place, work will begin during the next week to install the launch tunnel that will form a major part of the experience.

Like those of the identically-named roller coaster at sister park SeaWorld Orlando, Manta's trains are designed to resemble manta rays. The coasters will, however, use completely different ride systems. Whereas the Florida original uses a "flying" coaster system to simulate the gliding action of manta rays, the SeaWorld San Diego version will utilise a launch system and incorporate giant screens showing images of the rays. 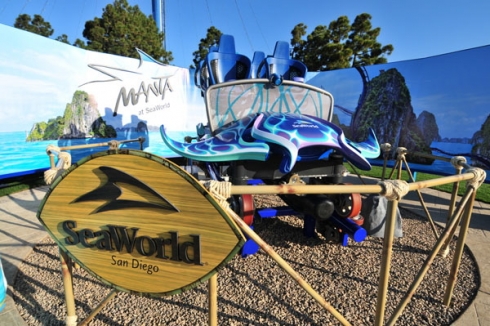 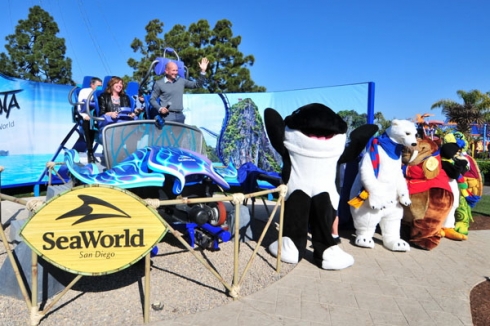 Manta will combine a traditional rollercoaster with elements of a water ride, and is believed to include two launch sections, along with more than a dozen twists and turns. Each of its trains will hold 20 people, seated two across