Alton Towers has released new concept art for its new ride for 2012, Nemesis Sub-Terra, which is due to open to the public on March 24.

The artwork, posted to the Towers Times Facebook page and embedded below, is consistent with the ride's storyline. This will see guests being taken down into underground "catacombs", where they are likely to encounter the alien that forms part of the backstory for the nearby Nemesis roller coaster. 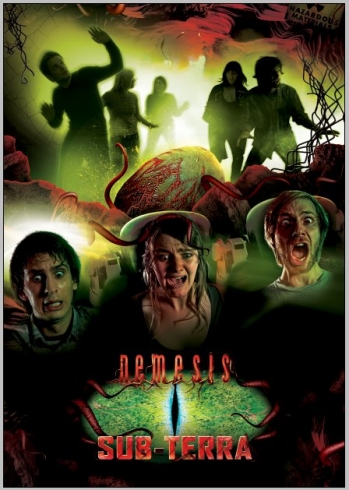 The nature of the Nemesis Sub-Terra attraction itself is yet to be confirmed, although manufacturer ABC Rides has confirmed that it is supplying the ride system. This has sparked rumours that a miniature drop tower similar to Extremis at The London Dungeon is on the cards.

Alton Towers has launch a teaser site for the new attraction. The park has also released a teaser video which shows a group of explorers in the Forbidden Valley area of Alton Towers, where the ride will be located.