Disney has released a new set of images showing progress on the Cars Land expansion at Disney California Adventure, which show that the project is nearing completion.

Cars Land is due to debut in summer 2012, and is the final phase of a $1.1 billion series of upgrades to Disneyland's sister park. The photographs, embedded below, show that the Cadillac Mountain Range that will dominate the land is largely in place, while the "Route 66" central street is also starting to resemble its final form. 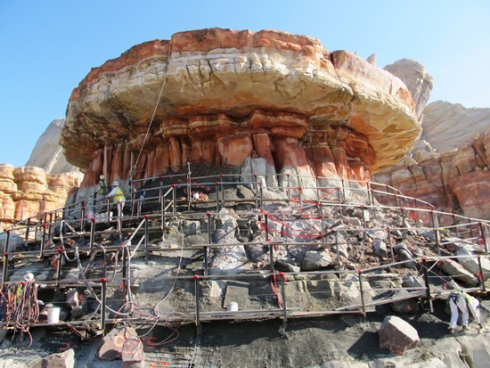 The Cadillac Mountain Range will sprawl over a wide area.Image © Disney 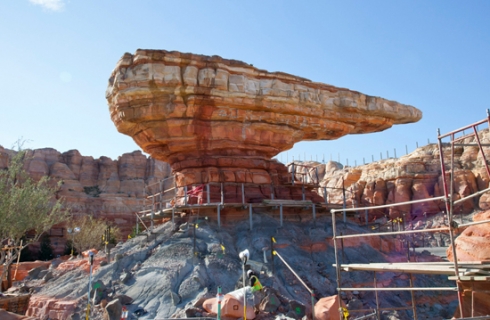 Disney is drawing upon its previous experience of "mountain" construction.Image © Disney 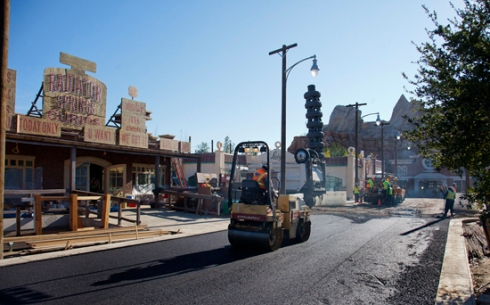 Route 66 will be home to a number of shops and restaurants.Image © Disney 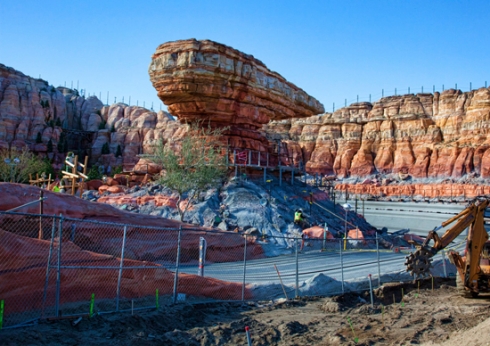 Cars Land will be anchored by Radiator Springs Racers, a $200 million E-Ticket attraction that will use the same ride system as Epcot's Test Track. The 12-acre addition will also feature two other new rides - Mater's Junkyard Jamboree and Luigi's Flying Tires.