Six Flags America has released two construction images of its new stand-up roller coaster, Apocalypse, which will open at the park in spring 2012.

The coaster, formerly known as Iron Wolf, has been relocated from Six Flags Great America. It features a maximum height of 100 feet and hits a top speed of 55 miles per hour, racing through two inversions during its 2,900-feet circuit.

The park has posted two images of Apocalypse to its official Twitter account. The first shows the full construction site, where a number of footers have now been placed. The second shows the ride's track, which is yet to be installed. 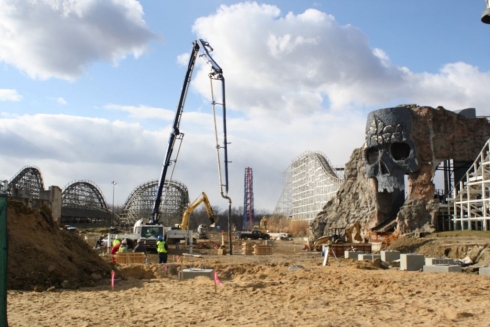 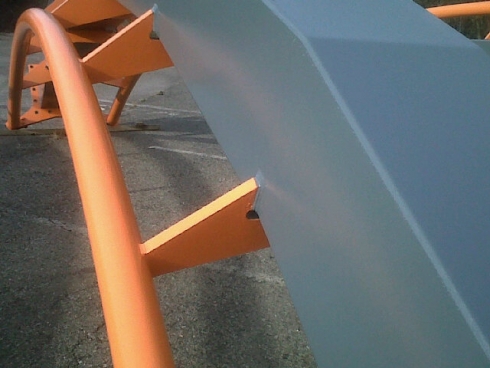 Replacing the closed Skull Mountain attraction in the Skull Island area of Six Flags America, Apocalypse will feature a theme based around an "end of the world" scenario. It is set make its debut on May 25, 2012, although the park will hold a special preview event for Season Pass holders on May 19-20, 2012.

Six Flags America recently released a preview video for Apocalypse, showing off its planned appearance at its new home:

The new ride is set to be accompanied by a heavily themed queue area, which will be designed to enhance the apocalyptic scenario. It will become the first stand-up rollercoaster at Six Flags America, as well as the park's first B&M-designed coaster. Its arrival will increase the total number of rollercoasters at the park to eight.