The units will be housed in a separate building adjacent to the existing luxury hotel, and will be accompanied by a children's water play area. As with other Disney Vacation Club properties, members of the scheme will be able to purchase an interest in the resort, and will then have to pay annual dues.

Disney's Grand Floridian Resort & Spa features a Victorian theme, and is located close to the Magic Kingdom theme park. Opened in 1988, it currently houses 867 hotel rooms in a total of 6 buildings. 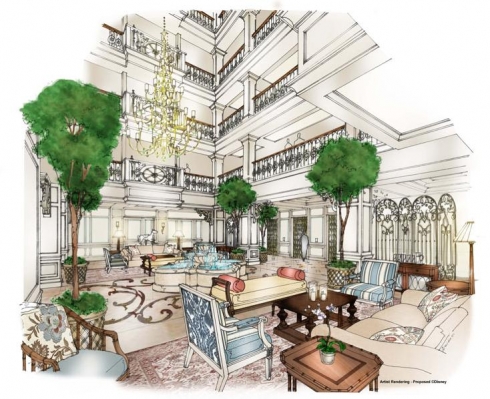 The interior of the DVC properties will be luxurious.Image © Disney

Describing the plans, Disney Vacation Club General Manager Claire Bilby said: "We continually look for ways to expand Disney Vacation Club by creating resort experiences that our members will love. With the continued popularity of Bay Lake Tower at Disney’s Contemporary Resort, we are thrilled to offer our members and guests a new resort option along the monorail system with easy access to the Magic Kingdom Park, as well as a variety of shopping, dining and recreation experiences.”

Construction at Walt Disney World has accelerated during the last 12 months, as the resort begins to invest once again following the global financial crisis. Disney itself is building the Art of Animation Resort, while Four Seasons is also working on a new hotel that it will part-own along with a consortium of investors.