Canada's Wonderland has confirmed that it will open a new Dinosaurs Alive! exhibit in 2012, following in the footsteps of several other Cedar Fair theme parks.

The addition of the walkthrough attraction had been widely expected following the discovery of an unfinished official website in October. However, the Dinosaurs Alive! exhibit will be larger than originally expected, featuring more than 40 life-sized animatronic dinosaurs instead of the 25 initially listed on the website.

Covering 7 acres, Dinosaurs Alive! will be very similar to the version at Kings Island, which Theme Park Tourist reviewed earlier this year. As with the Kings Island attraction, Canada's Wonderland will charge a $5 fee on top of its standard admission price to gain entry to the prehistoric exhibit.

Each of the dinosaurs in the exhibit will be covered in skin-like materials and will feature realistic movements. They will be split across 5 themed areas, each depicting a specific scene. These will include a pack of Deinonychus hunting down an Iguanodon, a group of dinosaurs stuck in a water hole, a flash flood and a Tyrannosaurus Rex taking on a triceratops. 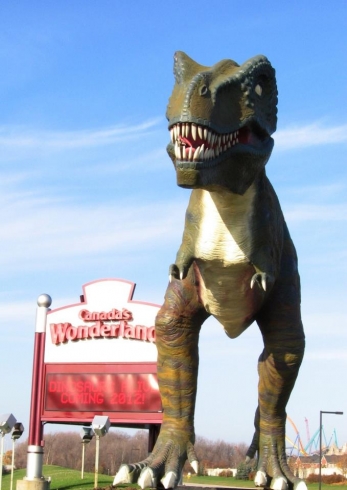 Alongside the dinosaurs, Dinosaurs Alive! will feature a replica excavation site and an area where children can "uncover a skeleton". 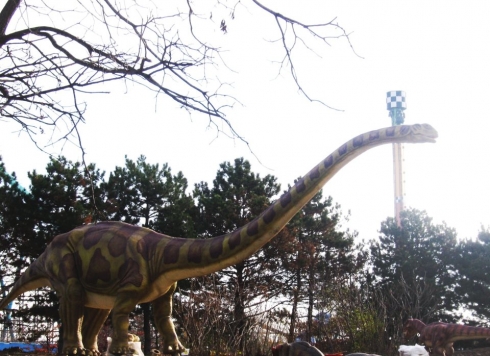 Constructed by Canadian firm Dinosaurs Unearthed, Dinosaurs Alive! attractions are also on their way to Dorney Park, Cedar Point and Kings Dominion in 2012.

Canada's Wonderland has previously confirmed that it will open a new rollercoaster, Leviathan, in 2012, with the ride set to stand at some 306-feet-tall. It will become the tallest ride at Canada's Wonderland, and will reach a top speed of 92 miles per hour during its 80 degree first drop.