The Disneyland Resort and Walt Disney World are both well into preparations for their respective Christmas events, with some holiday festivities already underway.

Walt Disney World's Magic Kingdom begins its celebrations on November 4, 2011, with the Cinderella's Holiday Wish show and Castle Dream Lights both returning for another year.

Cinderella's Holiday Wish features a range of Disney characters led by Mickey Mouse, who offer up ideas on how to decorate Cinderella Castle for Christmas. Cinderella wins the day, with Fairy Godmother transforming the castle into a glittering display of lights. 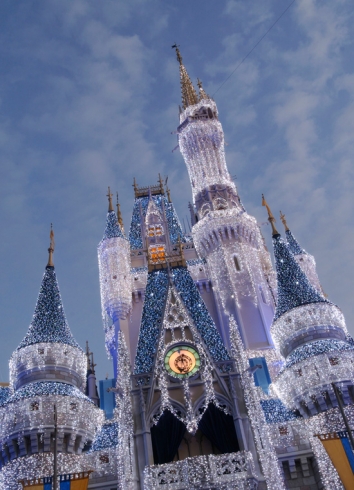 Disneyland, meanwhile, will begin its own Christmas celebrations on November 14. As usual, a range of holiday-themed overlays will be applied to top attractions including It's a Small World and the Haunted Mansion. The park's centerpiece will be transformed into Sleeping Beauty's Winter Castle, while a special Believe...in Holiday Magic fireworks display will take place in the evenings. 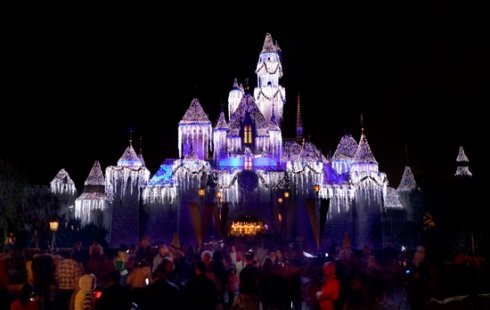 Other offerings at Disneyland will include an 18-foot Christmas tree in front of the Toontown City Hall, along with smaller Christmas trees in Mickey and Minnie's houses in the Mickey's Toontown area. At Disney California Adventure, the popular World of Color water and light show will include a special section featuring Lanny and Wayne, the elves from the Prep & Landing holiday specials.

Both resorts will continue their The Magic, The Memories and You shows, which were launched as part of the Let the Memories Begin campaign earlier this year. In addition to seeing photos and videos of guests projected onto the castles at the Magic Kingdom and Disneyland, the shows will also include a special segment that projects bows, gift wrapping and ribbons onto the structures.