SeaWorld San Diego has begun installing the first sections of track for its new Manta rollercoaster, which is set to open in spring 2012.

Sign On San Diego reports that the park will install three or four sections of track per day for the next two months, with Manta's circuit expected to be largely complete by the end of the year. Excavation work has already been undertaken to allow the ride to overcome a 30-foot height restriction that applies to all rides at SeaWorld San Diego. 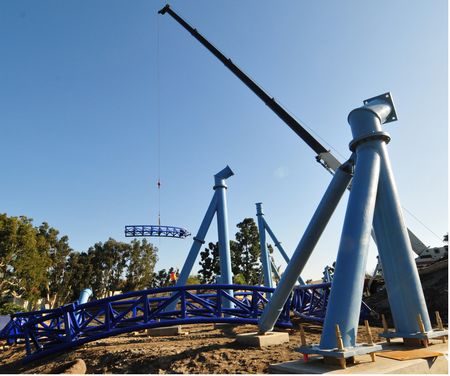 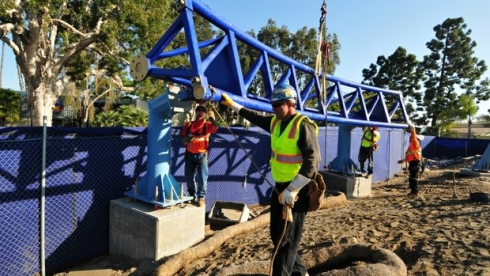 Manta will combine a traditional rollercoaster with elements of a water ride, and was inspired by the identically-named Manta at SeaWorld Orlando. However, whereas the Florida park's version uses a "flying" coaster system to simulate the gliding action of manta rays, the SeaWorld San Diego version will utilise a launch system and incorporate giant screens showing images of the rays.

As on SeaWorld Orlando's Manta, the ride's trains will be themed to resemble manta rays. Each will hold 20 people, seated two across. The ride's circuit is believed to include two launch sections, along with more than a dozen twists and turns.