New concept art has been released showing off the interiors of the stores and restaurants that will form part of Buena Vista Street at Disney California Adventure.

The Disney Parks Blog, a prolific source of such concept art in recent months, posted the images. They show the inside of Buena Vista Street's main retail outlet, Elias & Co, as well as the Clarabelle’s Hand-Scooped Ice Cream parlor. Both will open along with the rest of the new entrance area in 2012.

Like the other elements of Buena Vista Street, the stores and restaurants are designed to evoke 1920s Los Angeles as Walt Disney would have found it when he originally moved to the city. Elias & Co will resemble a department store of the era, similar to those seen on Los Angeles' famous Wilshire Boulevard. 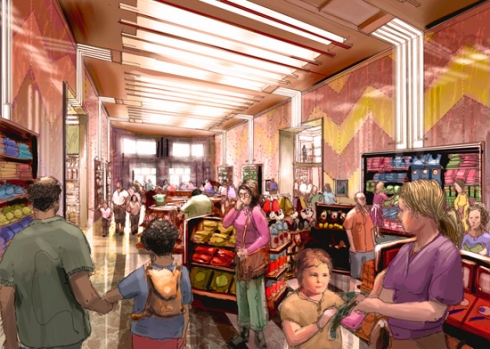 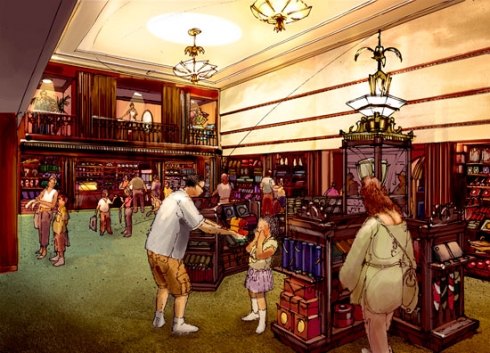 Clarabelle’s Hand-Scooped Ice Cream will feature design elements that aim to showcase the freezing cold treats on offer, with the walls being designed to resemble neapolitan ice cream.

Named after the Burbank street upon which Walt Disney's original studios are located, Buena Vista Street will replace Sunshine Plaza as the entranceway to Disney California Adventure. It is one of the final elements of an extensive $1.1 billion makeover for Disneyland's sister park.