Disney has released a number of design drawings for the Red Car Trolley, one of several new attractions due to open in 2012 as part of an overhaul of Disney California Adventure.

The Red Car Trolley will transport guests from the new Buena Vista Street entrance plaza to the existing Twilight Zone Tower of Terror attraction. Like the rest of Buena Vista Street, it is designed to evoke 1920s Los Angeles as Walt Disney would have found it when he originally moved to the city.

The Red Car Trolley is inspired by the Pacific Electric Railway, which formed the largest electric railway in the world during the 1920s. The vehicles themselves will be designed to resemble Red Cars from various different periods in the railway's history. 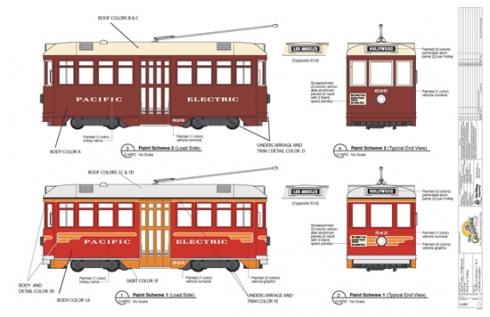 The route of the Red Car Trolley will be a simple out-and-back trip from the entrance of Disney California Adventure through to the Tower of Terror. This is shown in the map below. 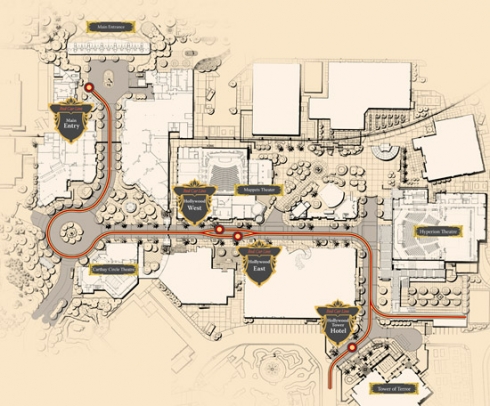 Further design images for the Red Car Trolley can be found on the Disney Parks Blog.

The extensive renovations to Disney California Adventure have already seen a major overhaul of the Paradise Pier area and the debut of the World of Color nighttime spectacular. In 2011, dark ride The Little Mermaid: Ariel's Undersea Adventure opened, with the renovations being capped by the completion of the 12-acre Cars Land expansion in 2012.