The Rocket Racers attraction at LEGOLAND Windsor closed on October 10, 2011, to make way for a new attraction for the 2012 season.

LEGOLAND Windsor confirmed the closure of Rocket Racers on its official Facebook page, promising that an "exciting new attraction" will take its place next March. No details have been released of the planned replacement, with early, unconfirmed rumours pointing to an indoor extension of the existing Miniland.

Rocket Racers originally opened in late 2000, alongside the LEGO Creation Centre. It saw guests designing their own racing car and driver using a touch screen interface, before racing it alongside those created by others. It frequently attracted lengthy queues due its position near LEGOLAND Windsor's entrance and its low capacity, eventually being closed at the end of the 2004 season. However, it remained in place and was eventually reopened in 2009. 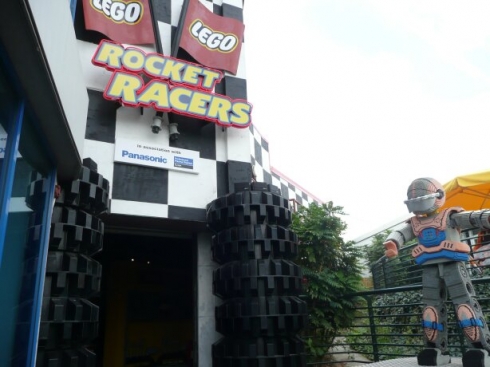 Rocket Racers has closed - this time for good.

Further details of LEGOLAND Windsor's new attraction will be released by the park via its Facebook page. Work has already begun to install the new addition, which is expected to open in time for the start of the 2012 season.