Disney has released new construction photos showing off progress on Cars Land, which will open at Disney California Adventure in summer 2012.

The highly-anticipated expansion is now beginning to strongly resemble Radiator Springs, the fictional town that features in Pixar's Cars movies. The photographs include shots of the mock Cadillac Mountain Range, as well as the area's headline attraction - Radiator Springs Racers. 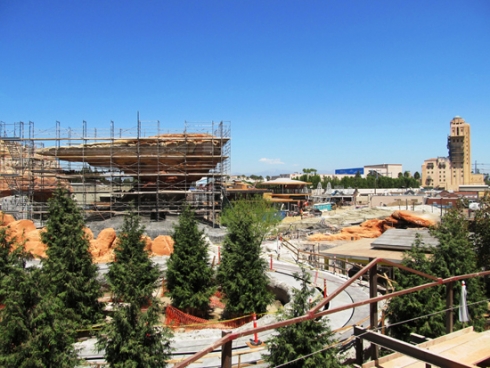 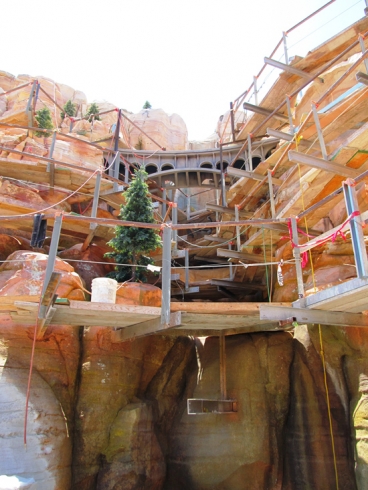 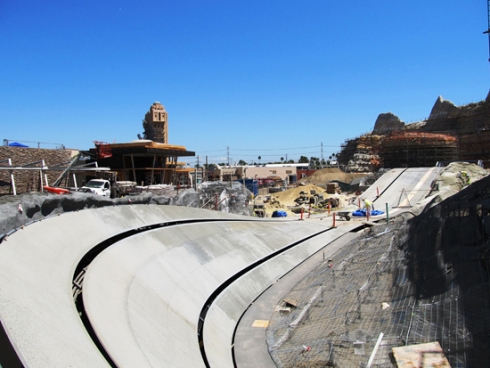 The opening of Cars Land will mark the completion of a $1.1 billion series of upgrades to Disney California Adventure, which are designed to drive up attendance at Disneyland's sister park. While it will be dominated by the $200 million Radiator Springs Racers, the area will also feature two other rides and a range of retail outlets and restaurants.

Further construction images of Radiator Springs Racers can be found on the Disney Parks Blog.