The Blue Sky Cellar at Disney California Adventure has reopened, offering a sneak peek at plans for the under-construction Buena Vista Street area of the park.

The Disney Parks Blog has posted a number of posters that will be featured on Buena Vista Street when it is completed, which are embedded below. The 1920s-style posters depict three attractions at Disney California Adventure: The Twilight Zone Tower of Terror, Soarin' over California and the Red Car Trolley (a new addition to Buena Vista Street). 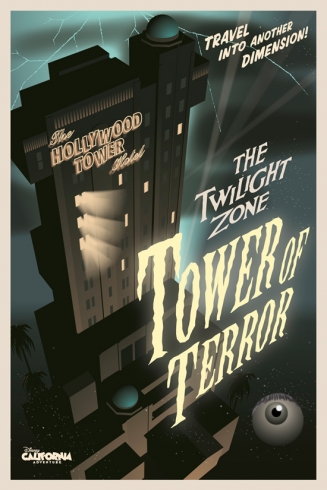 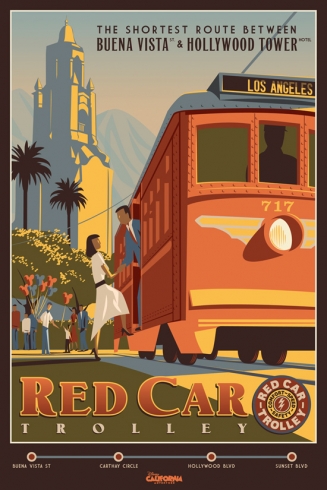 Buena Vista Street will be designed to evoke 1920s-era Los Angeles, as it would have appeared when Walt Disney himself migrated there. Named after the Burbank street upon which the animator's original studios are located, the area will replace Sunshine Plaza as the entranceway to Disney California Adventure.

A key feature of Buena Vista Street will be a recreation of the Carthay Circle Theater, which hosted the world premiere of Walt Disney's Snow White and the Seven Dwarfs in 1937. The area is due to open in 2012, along with a number of other attractions that form part of the $1.1 billion makeover of Disney California Adventure.