Images of the planned exterior for Alton Tower's new indoor dark ride have been revealed, as the park prepares its headline addition for 2012.

The ride will be located in the Forbidden Valley area of Alton Towers, which also hosts the popular Nemesis and Air rollercoasters. Two existing attractions, Lava Lump and Body Zorbing, will removed to make room for a building that will host the indoor ride.

Alton Towers' planning application for the new ride, posted to the Staffordshire Moorlands District Council website, reveals the exterior appearance of the building and the style of theming it will use. These will closely match the rest of Forbidden Valley, with industrial and military elements featuring heavily.

The planning documents do not reveal the nature of the ride itself, although some clues are offered. Firstly, a baggage kiosk is included in the plans, which suggests that the attraction will be a thrill ride that requires guests to store their bags before riding. A new shop is also included in the plans, suggesting that ride photos and merchandise will be on sale. However, Alton Towers itself describes the 2012 attraction as a "secondary ride", which will encourage returning visitors rather than bringing in huge volumes of new visitors. 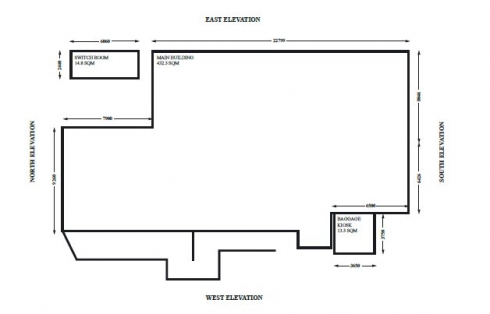 The indoor ride will be housed inside a large new building, which will have a floorspace of around 423 square metres. The building will stand at just 5 metres tall, in order to reduce the visual impact on the surrounding area. It will be 29 metres wide by 12 metres long, and will also house a switch room to control the mystery ride. 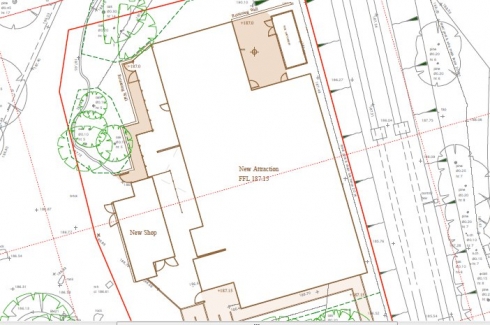 As part of construction work, Alton Towers will dig out a new 6-metre-deep basement underneath the ride building. This will help to reduce the visual impact of the ride, and has fueled speculation on the Towers Times forums that the park could install one or more indoor drop towers similar to Extremis at The London Dungeon.

The ride will be accessed via an entrance close to the start of the Nemesis queue line, via existing pathways. The gateway above the entrance will reuse existing monoliths, which will be adorned with a banner for the as-yet-unnamed attraction. 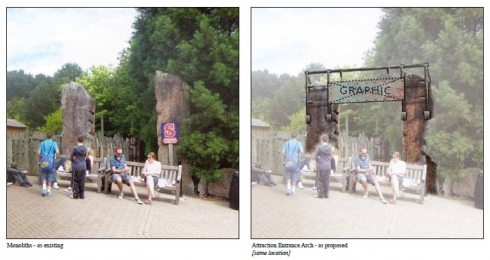 As with several new additions at theme parks owned by Merlin Entertainments Group over the past few years (including Thirteen at Alton Towers), the ride's retail shop will be housed in a shipping container. This will be themed to match the industrial style of the rest of Forbidden Valley.

Further details of Alton Towers' new ride for 2012 are likely to be released during the coming months. In previous years, the opening date of new additions to the park has been the first day of the season, but with the plans not yet approved it is not yet clear whether this will be the case for the park's latest attraction.