Kings Island has announced that it will be rebrand its Boomerang Bay water park to Soak City in 2012, expanding it with three new attractions in the process.

The new additions will include two large wave pools, along with an upgraded version of the current lazy river dubbed an "action river". The pools will cover 3,000 square feet, offering a more aggressive surf than Boomerang Bay's existing wave pool. Soak City will also have room for an additional 1,000 lounge chairs and a number of premium cabanas.

The park claims that the updated Action River will include "interactive areas" for those in and out of the water, plus waterfall features, a rain curtain, spray hoses, tipping buckets and other water effects. 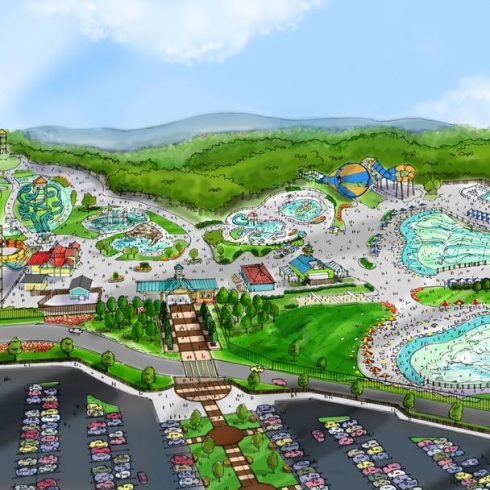 In addition to the new attractions, the water park will also receive a new entrance to mark its transofmration into Soak City. In total, it will host 30 water slides as well as a range of other activities such as beach volleyball.

In 2011, Kings Island opened two new attractions. The first, WindSeeker, is a spinning tower ride that is included with the price of admission to the park. The second, walkthrough exhibit Dinosaurs Alive!, carries an additional $5 charge. Theme Park Tourist has posted detailed reviews of both WindSeeker and Dinosaurs Alive!.