The Fantasyland area at Disneyland is to be expanded to incorporate a new area known as Fantasy Faire, where guests will be able to meet-and-greet Disney Princesses.

The boundaries of Fantasyland will be expanded to incorporate the current Carnation Gardens area, which will become Fantasy Faire. Themed around a village square, the area will feature a stage that will be used to tell the story of Disney's heroes and heroines, and will host music and dance shows in the evening.

The focus of Fantasy Faire will be on princesses, with Disney revealing that a new Royal Ribbon Parade will be hosted in the square. This will enable guests to interact with Belle or Rapunzel as they dance around a maypole. They will also be able to meet other Disney Princesses such as Snow White and Sleeping Beauty throughout the day at the Tangled Tower.

The concept art below, originally posted to the Disney Parks Blog, offers a glimpse of the planned appearance of Fantasy Faire: 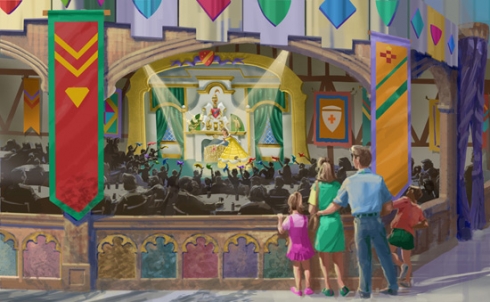 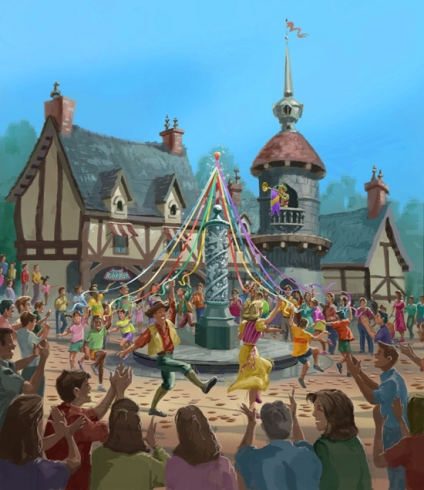 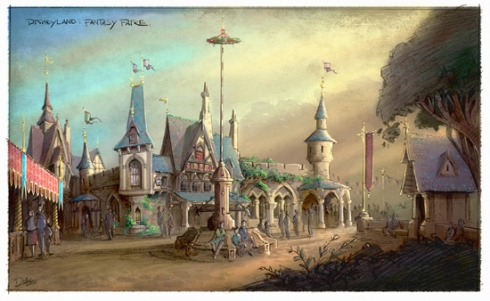 No opening date has been confirmed for Fantasy Faire, which was announced at the D23 Expo in Anaheim.