Disney has released new information about the planned Shanghai Disneyland theme park, including concept art showing off its centerpiece castle.

Shanghai Daily posted the concept art, which is embedded below. It reports that the castle will be the largest Disney castle ever built, and will house a walkthrough attraction that will tell a story featuring Disney princesses. Guests will enter the castle via an elaborate archway, and will be able to climb to the top of the castle via a winding staircase, 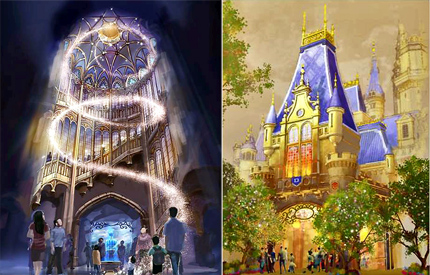 According to the report, the castle will act as the starting point for a 10-minute ferry boat trip to other landmarks in the resort. Another report, from People's Daily Online, claims that the castle will actually be named "Fantastic Fairytale Castle", although this could be an alternative translation of the name given by Walt Disney Parks and Resorts president Thomas Steig in various interviews this week.

The Shangai Disneyland Resort is set to open in 2015, and is set to be one of the most unique Disney parks built to date. It will be the first "Magic Kingdom-style" Disney park not to feature a Main Street, USA at its entrance. Instead, it will include an 11 acre entry area featuring water elements, trees and costumed characters. However, some traditional features such as a Dumbo The Flying Elephant ride and a carousel do appear in concept artwork. Disney claims the space will be a "place where family and friends can enjoy local cultural celebrations and customs together". 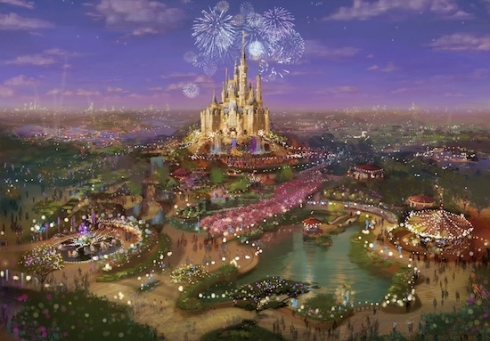