Universal Orlando has received planning approval to extend the queue line for Harry Potter and The Forbidden Journey, the headline attraction at the Wizarding World of Harry Potter.

Along with the rest of the Wizaring World, the dark ride has proven to be massively popular with guests at the Islands of Adventure theme park. A strong part of its appeal has been the queuing area, which snakes through a recreation of Hogwarts Castle as seen in the Harry Potter movies.

Inside the Magic reports that the South Florida Water Management District has given the go-ahead for an extension to the queue, although it does not appear that any additional theming or story elements will be installed. Instead, a new outdoor pathway will be constructed alongside the exterior of Hogwarts.

Universal's planning application states: "The proposed pavement areas associated with this application will be used as an additional sidewalk/queue area on the east side of Building 245 to route and stage park guests waiting for access to the Building 245 [Forbidden Journey] attraction.” 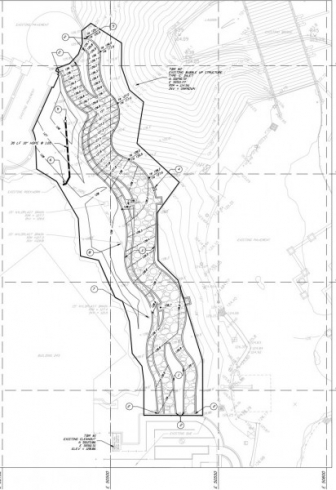 The pathway appears to link up with the greenhouse area of the existing Harry Potter and the Forbidden Journey queue. It is not yet known exactly how it will be used or when it is expected to be complete.

The eighth and final movie in the Harry Potter series has broken box office records during its first few days on release. Produced by Warner Bros, Harry Potter and the Deathly Hallows: Part 2 has made $475.6 million globally since its release on July 15.