The popular Dumbo the Flying Elephant ride at Walt Disney World's Magic Kingdom will remain open throughout work to expand the Fantasyland area of the park.

The Dumbo attraction is set to undergo major changes as part of the expansion, with the ride due to be moved to a new location and joined by an identical clone in order to improve capacity. However, the Orlando Sentinel reports that the existing version will remain in place until the second is operational, ensuring that one of the rides will always be up-and-running.

The report also reveals that the Dumbo attractions will be designed so that the elephants fly towards each, meaning that one of the two rides will be the first ever at a Disney park to rotate in a clockwise direction. 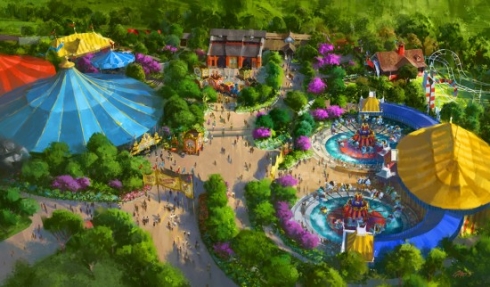 The two Dumbo the Flying Elephant rides will be located in the new Storybook Circus area of Fantasyland, with two large circus tents housing an interactive queue. The area will also feature an updated version of the existing Barnstormer rollercoaster. Renamed as Barnstormer - Hosted by the Great Goofini, it will receive a new theme based on stunt planes.

The Fantasyland expansion is due to open at the Magic Kingdom in phases starting in late 2012, and will feature a range of all-new and updated attractions. The headline additions will be the Under the Sea: Journey of the Little Mermaid dark ride and the Seven Dwarfs Mine Train rollercoaster, while several new restaurants and retail outlets will also be added to the Fantasyland area.