Drayton Manor has been granted a license to host civil wedding ceremonies, enabling thrill-seeking couples to get married in a theme park setting.

The ceremonies will take place in Drayton Manor's Tower and Hamilton Suites, which can hold hundreds of guests, or in the smaller Tower Lounge and Victoria Room. Wedding receptions can be held in either in the suites or in the hospitality suite of the new Drayton Manor hotel, which is due to open on August 15, 2011.

Drayton Manor's hotel, which is located just outside the theme park's gates, will feature 150 rooms. 11 of these will be themed around Thomas the Tank Engine and his friends, to tie in with Drayton Manor's hugely popular Thomas Land area. The remaining rooms will be a mixture of standard, executive and deluxe rooms, along with three high-end presidential rooms. The hotel's hospitality suite will be able to accommodate up to 150 guests. 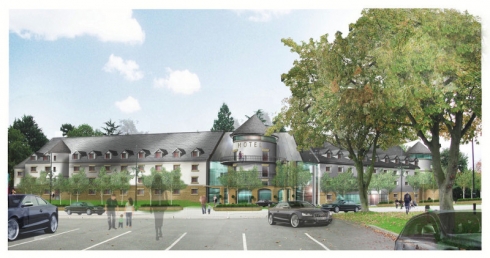 Drayton Manor's Hospitality Manager, Jo Arrowsmith, said of the wedding license: "For decades, Drayton Manor has been a popular venue for wedding parties and celebrations. But the combination of having a wedding licence, hotel, hospitality suites, as well as on-site catering, will make Drayton Manor the ideal venue for any couple looking to tie the knot."

Full details of Drayton Manor's wedding facilities can be found on the park's official website.