Universal Orlando has released an official mobile application for Android and iPhone devices, which is designed to help guests navigate their way around the resort's theme parks.

The application features interactive maps, descriptions of rides and dining locations and integration with Facebook and Twitter. However, it does not currently display wait times for attractions at Universal Studios Florida and Islands of Adventure, a feature that is already available in some third-party apps. It can be downloaded for free via the iPhone App Store or the Android Market. 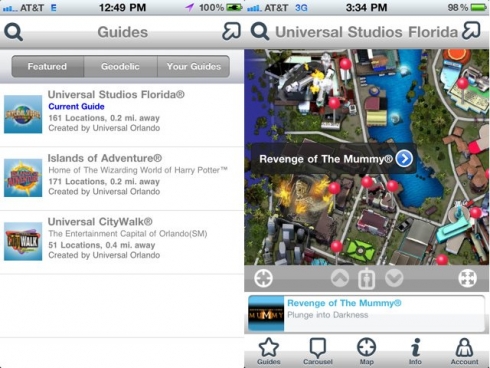 Universal Orlando's app is designed to help guests find their way around the resort.

Universal Orlando is following in the footsteps of many other theme park operators in releasing a free mobile app. Rival Disney has shied away from the free approach, instead offering the paid-for Mobile Magic service exclusively to Verizon Wireless subscribers.