Phineas and Ferb, Up experiences coming to Disney California Adventure

Disney California Adventure will launch two new experiences in summer 2011, featuring characters from Pixar's Up movie and the Phineas and Ferb cartoon.

A new area, the Wilderness Explorers' Camp, will open at the park's Redwood Creek Challenge Trail on June 25. There, guests will be able to meet Russell and Dug from Up. Dug, the talking dog from the movie, will meet guests at the entrance to the trail. Meanwhile, Russell will lead them in a special ceremony held in the Ahwahnee Camp Circle in which they graduate to become "Senior Wilderness Explorers". 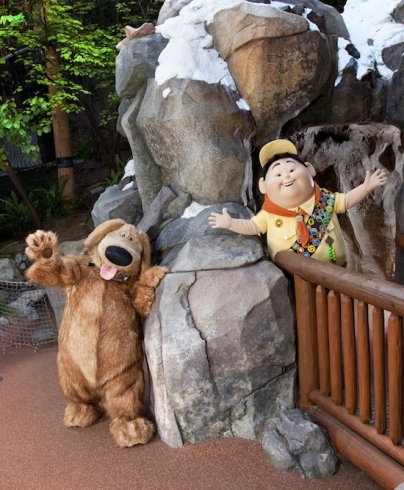 Dug and Russell are setting up camp in Disney California Adventure.Image © Disney

On July 9, a new show dubbed Phineas and Ferb’s Rockin’ Rollin’ Dance Party will debut at Disney California Adventure. Disney describes it as an interactive dance party, with guests able to participate in dancing and other activities while a DJ plays songs from the Phineas and Ferb show.

Disney California Adventure becomes the second Disney park to debut a Phineas and Ferb experience this year, with Disney's Hollywood Studios having debuted a meet-and-greet featuring the characters earlier this year.