Construction walls have begun to appear at SeaWorld San Antonio's Lost Lagoon water park, as work gets underway to transform it into Aquatica Texas by May 2012.

A new photo posted to the park's Facebook page shows that some areas of Lost Lagoon have already been walled off. However, the park will remain open through Labor Day 2011 before closing permanently to enable the transformation to be completed. 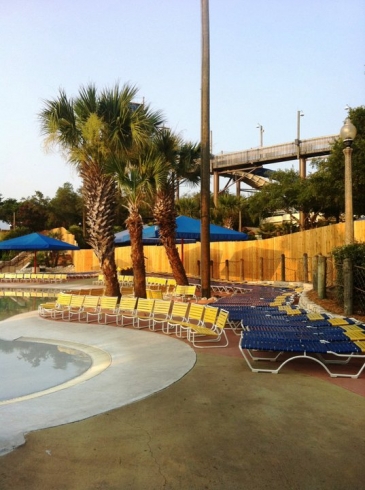 Unlike Lost Lagoon, entry to Aquatica Texas will not be included in the price of admission to SeaWorld San Antonio, instead requiring guests to pay a separate entry fee. Like Aquatica in Orlando, the park will combine elements of a traditional water park with SeaWorld's signature marine life exhibits.

In common with the intimate Discovery Cove park at SeaWorld Orlando, SeaWorld San Antonio plans to limit the number of guests that can visit Aquatica Texas at any one time. As with the Florida park, the aim is to give guests more time to enjoy up-close encounters with marine creatures.