Construction work on LEGOLAND Windsor's new hotel is well underway, ahead of its planned opening in time for the London Olympics in 2012.

The £18.5 million hotel will feature 150 LEGO-themed rooms, as well as conferencing facilities. It sits on the former site of the Jungle Coaster, close to the Adventure Land area at the rear of the park. It is due to open by Easter 2012.

LEGOLAND Windsor will become the third park in the UK owned by Merlin Entertainments Group to open an on-site hotel, after Alton Towers and Chessington World of Adventures. Nearby Thorpe Park is also planning on constructing a 245-room hotel to accommodate park visitors.

Construction on the hotel has now reached a point where the outline shape of the building clearly matches that seen in the artwork released as part of LEGOLAND Windsor's planning application. Both the artwork and the photos are shown below: 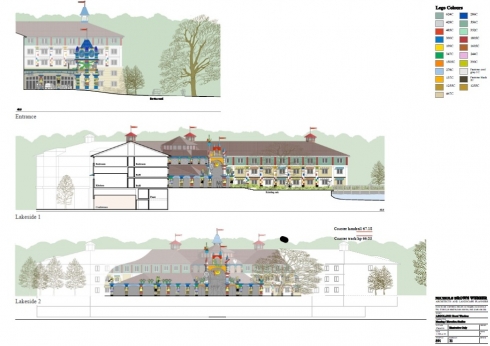 The artwork shows what the finished hotel will look like.Image © LEGOLAND Windsor 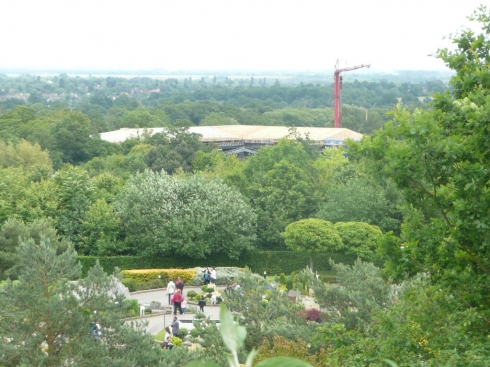 The hotel is visible from the front of the park. 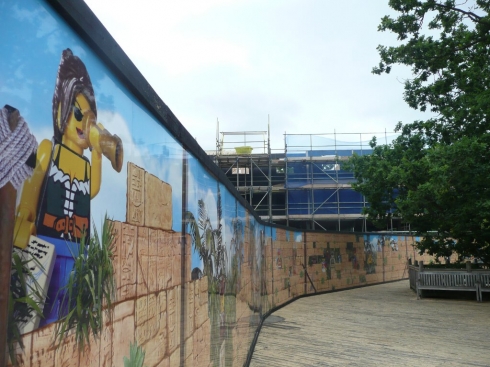 The bulk of the hotel is hidden away behind construction walls. 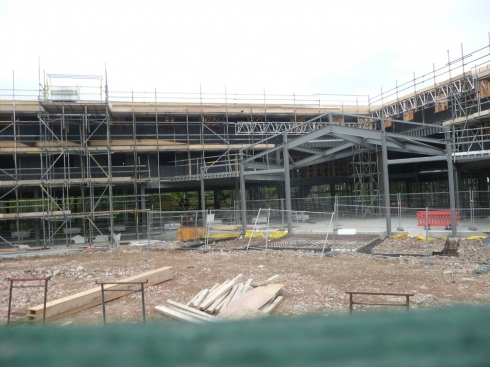 A peek over the walls reveals the entrance to the hotel.