Riptide Rescue is a Huss Airboat ride, and is aimed squarely at families. The ride features 12 gondolas themed as rescue boats, which can carry 2 passengers each. The gondolas swing round a central arm, and feature an open-top design to increase the level of thrills for riders.

Huss Airboats are typically themed around alligator encounters, but SeaWorld San Diego has broken from this tradition to give Riptide Rescue a Coastguard theme. The video below shows the ride in action:

The Turtle Reef aquarium has opened alongside Riptide Rescue, and is the largest sea turtle display in the US. Featuring 60 green and hawksbill sea turtles in a 300,000-gallon tank, along with thousands of tropical fish, the attraction replaces the Manatee Rescue exhibit which closed in 2010. 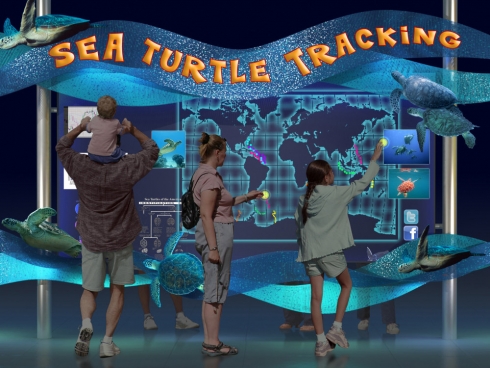 Also new for 2011 at SeaWorld San Diego is the One Ocean killer whale show, which debuted on May 26. It has replaced the Believe show, which closed after a four-year-run.