Six Flags Discovery Kingdom has released video and photographs of the first riders on board its new SkyScreamer tower ride, ahead of its opening for the Memorial Day weekend.

Standing 150-feet high, SkyScreamer shares the title of tallest ride in the park with the Medusa rollercoaster. It sees riders swinging in a 98-feet circle around a central tower, reaching speeds of over 43 miles per hour while taking in panoramic views of the park and its surroundings.

Members of the Travis Air Force Base squadron were the first to ride SkyScreamer, which is located in the Sky area of Six Flags Discovery Kingdom. Video footage of the inaugural rides is embedded below:

To celebrate the ride's opening, Six Flags Discovery Kingdom will run a special "SkyScreamer Frequent Flyer Program" between May 27 and June 26, 2011. On their first ride, guests will receive a punch card that acts as a frequent flyer card. This will be punched every time they board SkyScreamer, and they will then receive special commemorative pewter SkyScreamer wing pins following their tenth ride.

SkyScreamer is a Funtime StarFlyer attraction, similar to those seen at other theme parks around the world. A version of the attraction also opened at Six Flags St Louis in May 2011, although it is significantly taller at 236-feet.

Dale Kaetzel, Six Flags Discovery Kingdom's Park President, said of the new addition: "There is nothing like it in Northern California. The sense of soaring so high is both exhilarating and nail-biting, and it’s that anticipation before the ride starts that gets the heart pumping."

Photographs of SkyScreamer in action can be seen below: 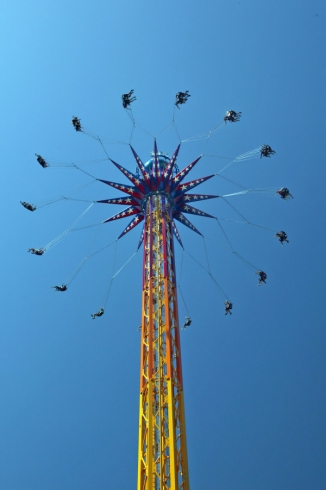 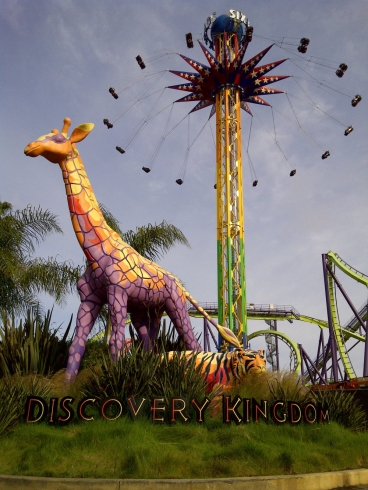 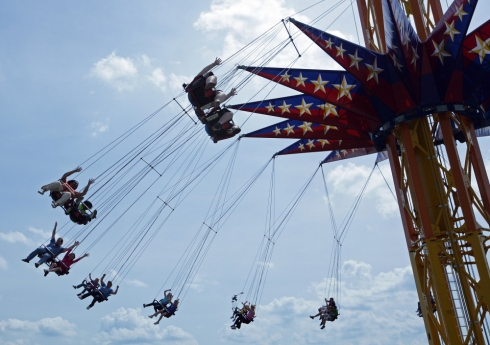 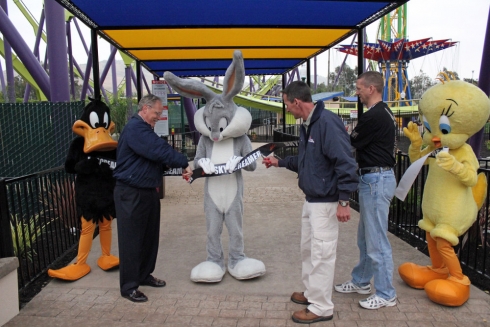 Six Flags' SkyScreamer attractions bear a striking resemblance to the four WindSeeker attractions which are due to open at Cedar Fair parks this summer. Indeed, Funtime claims that the Cedar Fair rides (manufactured by Dutch firm Mondial) infringe on its patents, and has threatened legal proceedings against the chain. Both models see riders swinging around a central tower, though Mondial's version uses hinged steel arms to hold the ride seats rather than the chains employed by the Funtime ride.

Thanks for spotting this - now corrected. Must have been thinking of the Six Flags St Louis version, which is located in that park's Illinois section.