SeaWorld San Antonio has revealed that it plans to open a new water park in May 2012, with the new addition set to be similar to SeaWorld Orlando's Aquatica.

Aquatica Texas will replace the existing Lost Lagoon water park, and will cover an 18 acre site. Unlike Lost Lagoon, entry to the park will not be included in the price of admission to SeaWorld San Antonio, instead requiring guests to pay a separate entry fee. Like Aquatica in Orlando, the park will combine elements of a traditional water park with SeaWorld's signature marine life exhibits.

Themed around a South Seas oasis, Aquatica Texas will feature a mixture of high-tempo water slides and more relaxing attractions. Included in the line-up will be a raft ride, eight new slides, water play areas, marine life experiences, private cabanas and sandy beaches. Further details of the new water park are given in the announcement video below:

In common with the intimate Discovery Cove park at SeaWorld Orlando, SeaWorld San Antonio plans to limit the number of guests that can visit Aquatica Texas at any one time. As with the Florida park, the aim is to give guests more time to enjoy up-close encounters with marine creatures. 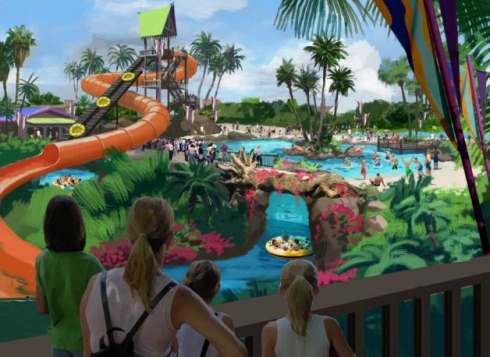 One of the headline attractions at Aquatica Texas will be Stringray rapids, a raft ride that sees guests come close to several species of sting rays. A designated area will also be set aside to enable visitors to wade with the rays, although this will not be included with admission and will require a separate fee.

Also on its way to the new park will be the Wahalla Wave ride, the first of its kind in North America. Originally due to be installed at Orlando's Aquatica in 2010, the ride will see guests being blasted to the top of a wall, creating a sense of weightlessness. 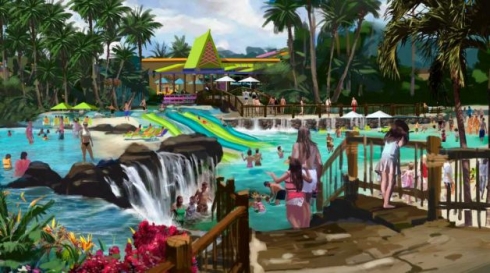 Other attractions at Aquatica Texas will include: 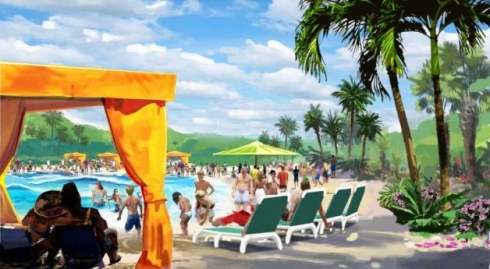 Construction on Aquatica Texas is due to begin later in May 2011, and is expected to take one year to complete. Lost Lagoon will close permanently following the 2011 Labor Day weekend.