Pleasurewood Hills in Suffolk, England hopes to build a new 196-feet-tall drop tower ride in time for the 2012 season, according to plans submitted to the local council.

The planning application, first uncovered by CoasterForce, shows that the park is hoping to make the new attraction its first major addition since the WipeOut rollercoaster opened in 2007. Although it does not specifically refer to a planned date for installing the ride, the timing of its submission in May 2011 suggests that the start of the 2012 season is most likely.

The new ride will be a Gravity Tower manufactured by Italy's Moser Rides, and at 60 metres will become the tallest ride at Pleasurewood Hills if planning permission is approved. It marks the start of new owner H.I.G. Capital France's attempts to boost attendance at the park, following a multi-million pound takeover earlier this year. 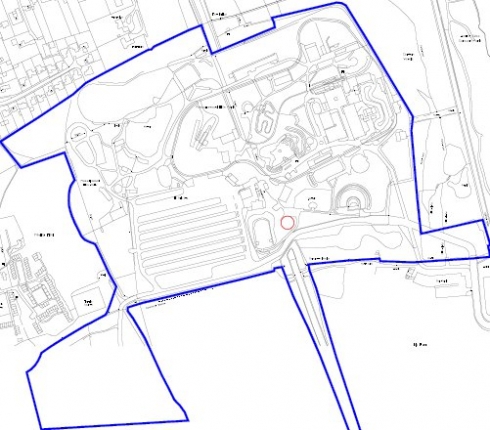 Pleasurewood Hills plans to situate the new drop tower ride on the site of the existing Thunderstruck ride, which is located between the Enigma rollercoaster, the Shiver m' Timbers swinging ship ride and the Sea Lion Show arena. The plans do not state whether Thunderstruck, a Huss Tri-Star ride, will be relocated or removed from the park altogether. 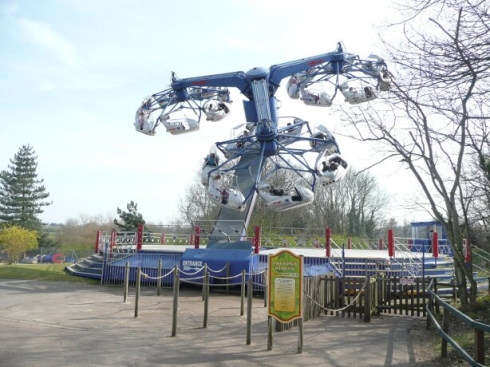 Thunderstruck will be removed from the site to make way for the drop tower.

The proposed site is the same one that was used for Pleasurewood Hills' previous drop tower ride, Mega Drop, which was removed in 2005 to be replaced by Thunderstruck. At 35-metres-tall, it was significantly shorter than the planned new attraction.

If construction goes ahead, the new Gravity Tower will see riders carried up a central column in a circular vehicle that can hold up to 24 riders. They will then plummet 55 metres (180 feet) towards the ground below, being stopped at the bottom by a combination of permanent magnetic brakes and deceleration ramps. 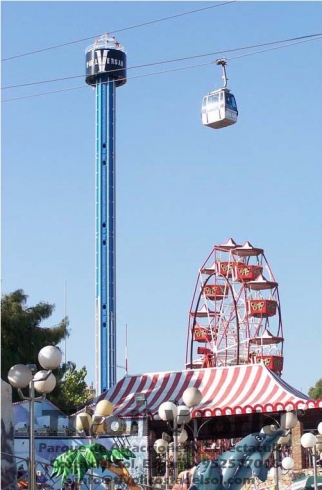 In common with other drop tower rides, the Gravity Tower is designed to provide a sensation of "free falling". It also looks set to offer impressive views across the rest of Pleasurewood Hills and beyond, given its significant height. An identical Moser Gravity Tower ride at Tivoli World in Malaga, Spain is shown in the photo above and video below.

Pleasurewood Hills indicates in its planning application that the Gravity Tower will be an "off-the-shelf" model, featuring no unique modifications. It is not clear whether the park will procure the permanent or trailer-mounted version of Moser's Gravity Tower, as the manufacturer's website does not list any of the models as featuring a 24-rider capacity.

No major changes are planned for the proposed site of the drop tower.
Image © Pleasurewood Hills

The planning application proposes that Pleasurewood Hills keep all of the current landscaping surrounding the Gravity Tower site in its current state. This suggests that it does not plan to theme the ride, rather leaving it is as a "vanilla" drop tower experience. The ride is set to feature a purple colour scheme, along with a fixed octagonal structure at the top.

Pleasurewood Hills has already held a pre-application meeting with local authorities to discuss its proposals, which would see it install the tallest ride in its history by some distance. As a result of this meeting, it carried out a noise assessment of the Apocalypse drop tower ride at Drayton Manor, which was manufactured by Intamin but uses similar technology. This indicated that the new ride would not break established noise limitations on the park. 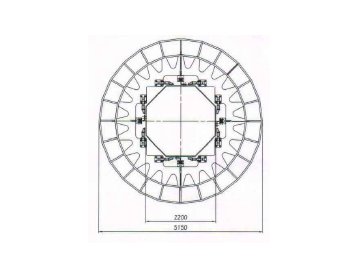 The major sticking point for approval is likely to be the drop tower's height, which Pleasurewood Hills freely admits would leave it visible from several areas surrounding the park. It cites the approval of the Mega Drop in 2002, as well as the 30-metre-tall Eye in the Sky in 1993, as precedents for approving the latest application. However, the park's most recent development certificate only allows for the installation of rides up to 25 metres in height. 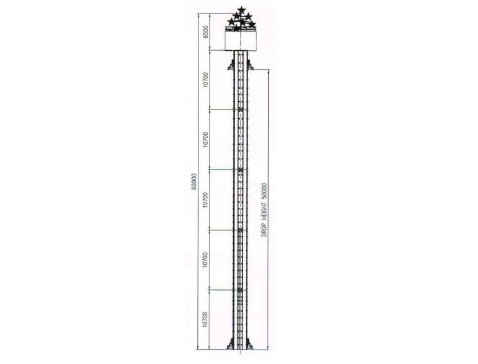 The park points to the closure of "almost 30 theme parks" in the UK during last 10 years, claiming that the park's continued viability is dependent on its ability to open major new rides. The opening of the Wipeout rollercoaster in 2007 turned around a decline in attendance, and the park hopes that the new Gravity Tower will achieve the same effect.

What do you think of Pleasurewood Hills' plans to add the drop tower ride? Let us know through the comments section below.