California's Great America to remove Invertigo ahead of 2011 season

California's Great America has confirmed that it will remove the troubled Invertigo rollercoaster prior to the 2011 season, with no immediate replacement planned.

The Vekoma inverted shuttle rollercoaster will be moved to another Cedar Fair theme park, with the chain yet to confirm which. The ride only reopened in July 2010 following a year-long closure, which came after an incident which left riders standed 70 feet in the air. The park is rumored to be considering a major new rollercoaster to replace it in 2012 or 2013.

The incident on August 10, 2009 saw all of the trapped guests rescued safely after firefighters were called to the scene, but the ride was closed for an extended period while safety inspectors worked to identify the cause of the malfunction. The problem was ultimately blamed on an issue with the ride's lift chain, and it was cleared to return to operation. 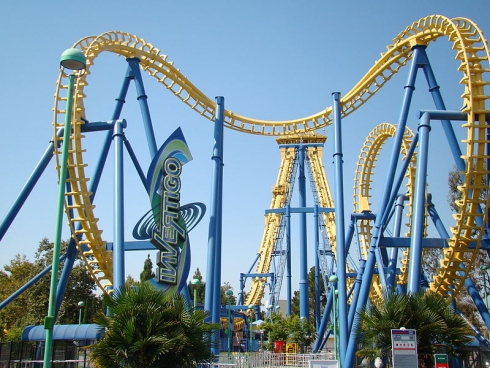 Invertigo's site will be unused during the 2011 season.

Invertigo has suffered from three major mechanical failures since opening in 1998, including a similar incident in April 2000 which saw 25 riders become trapped on the coaster. None of the incidents has resulted in serious injury.

Invertigo features a total of six inversions (three in each direction) and a 138-feet first drop.