LEGOLAND California has announced that it will add a Star Wars section to its Miniland area in March 2011, with several other new and updated attractions also on the way.

The Star Wars area of Miniland will be feature over 2000 custom-made LEGO models, depicting characters and scenes from all six Star Wars movies and the Clone Wars animated series. In addition to expanding the existing Miniland (which features LEGO models of landmarks from around the world), the new section will also serve to promote the hugely popular LEGO Star Wars range of toys. The new land is set to open on March 31, 2011. 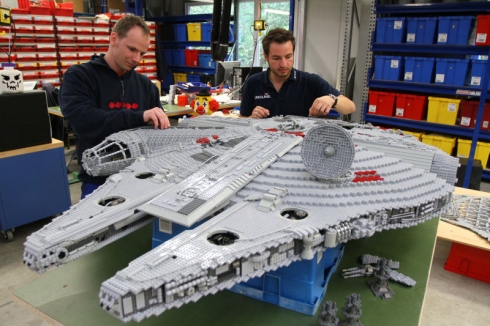 The Millenium Falcon will feature in Star Wars Miniland.

Clones of the Star Wars Miniland are due to open at LEGOLAND Billund in Denmark and LEGOLAND Deutschland in Germany later in 2011. Each will feature seven themed areas based on different locations seen in the Star Wars movies and animations, including Naboo (seen in Episode I: The Phantom Menace), Geonsis (Epsiode II: Attack of the Clones, Kashyyyk and Mustafar (Episode III: Revenge of the Sith), Tatooine (Episode IV: A New Hope), Hoth (Episode V: The Empire Strikes Back), Endor (Episode VI: Return of the Jedi) and Christophis (Clone Wars). 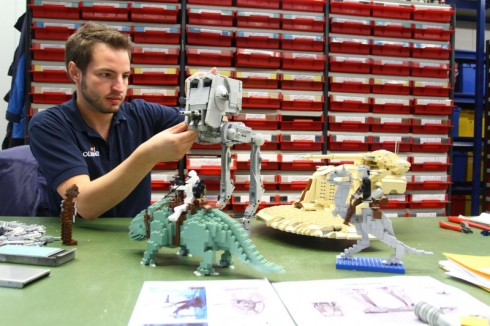 The Star Wars models have been developed and constructed by eight model designers and two animation electricians at LEGOLAND Deutschland. Several of the models will be more than six-feet-tall, with guests able to activate animations by pushing interactive buttons. 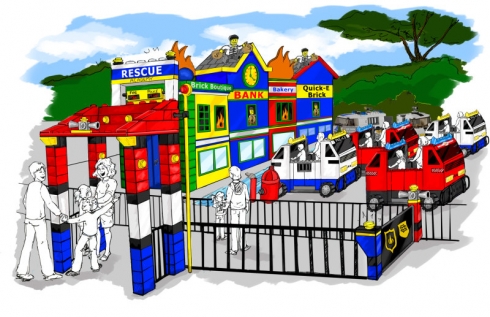 The Police and Fire Academy update is designed to increase the re-ride value of the classic attraction.

Several other new attractions were also announced as opening in 2011 at LEGOLAND California, including a relaunch of the popular Fun Town Fire Academy. Due to open on April 12, the updated attraction will be known as the Police and Fire Academy. Whereas guests on both sides of the existing attraction work to extinguish a "fire" by pumping levers up and down, in the new version half of the participants will instead be trying to knock down robbers.

On February 17, the Imagination Zone will see the addition of a new LEGO Hero Factory attraction. Children will be able to design and build their own heroes and villains, as well as meeting their favorite Hero Factory characters. They will also have the chance to contribute to a 6-feet-tall, 26-feet-wide mosaic made of 298,368 LEGO bricks depicting a scene from the Hero Factory saga. 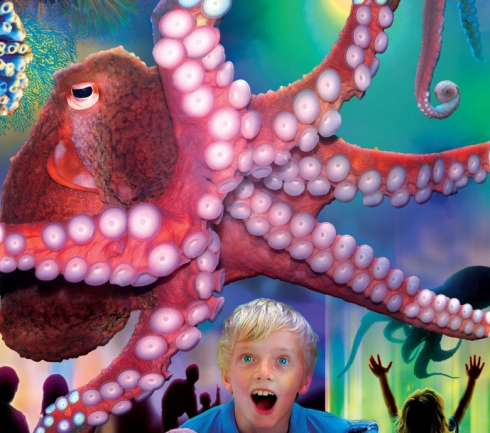 Guests will be able to view cephalopods at close quarters in the Octopus Garden.

On May 6, the Sea Life Aquarium Carlsbad (located on the grounds of LEGOLAND California) will add an interactive exhibit dedicated to cephalopods, dubbed the Octopus Garden. It will replace the Sharks Revealed exhibit which opened in 2008. 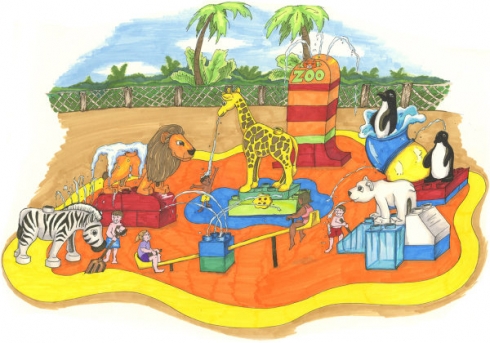 Splash Zoo will be aimed at 1-3 year olds.

Finally, the LEGOLAND Water Park will open Splash Zoo on May 26. Based on the DUPLO Zoo range of toys and located next to DUPLO Splash Safari and Kid Creek, the new area will feature giant DUPLO Zoo animals as well as interactive sprays pads, fountains and a teeter totter.